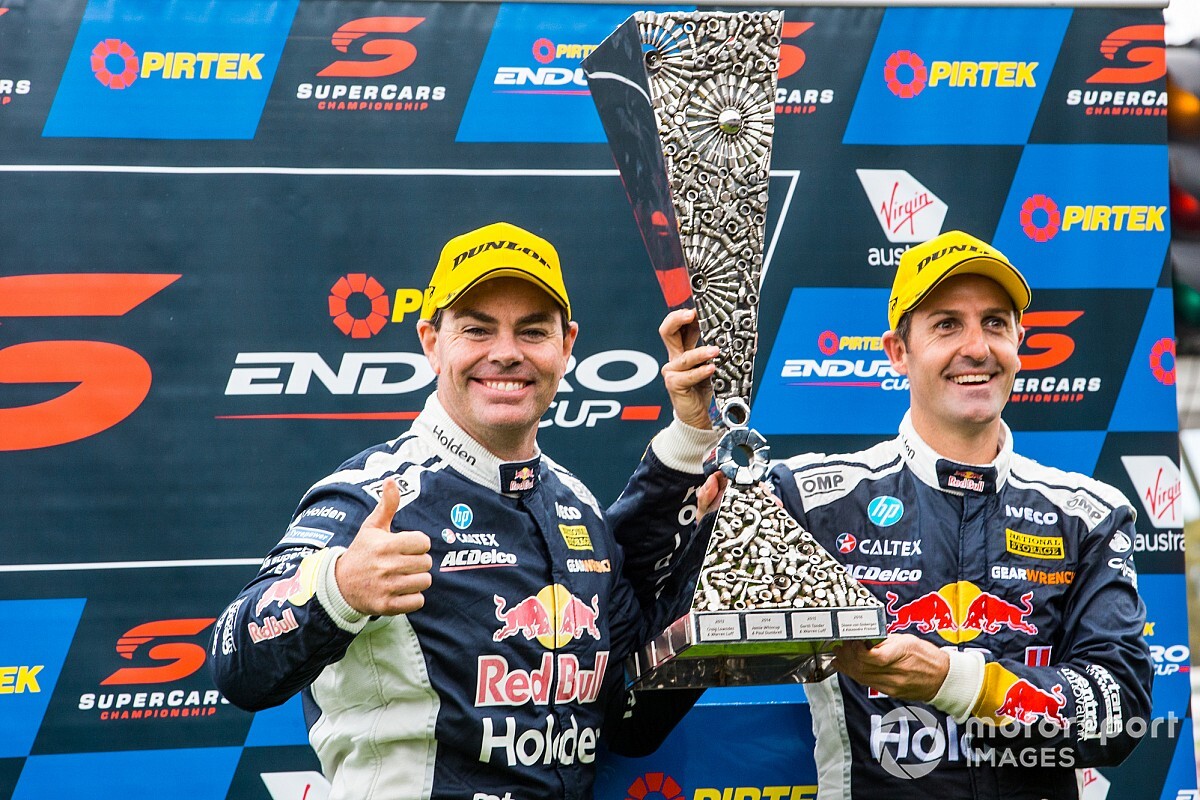 The Supercars legend will make his second start in the virtual series, following a cameo appearance on the Circuit of the Americas layout last month.

He also took part in the Eseries celebrity race.

This time he'll race in the Triple Eight retro colours he and Jamie Whincup shared during last year's Bathurst 1000.

Wednesday's finale will feature two races, one on the Mount Panorama layout and one on the now-defunct Oran Park circuit.

“I’m keen to have another run. Going to both tracks that I have really fond memories of will be great," Lowndes told the official Supercars website.

“Considering that I won my first championship at Oran Park in 1996, it was a special place and a fantastic track.

“I’ve had a quick go on the sim and it’s as busy on the sim as it was in real life, in the sense of the undulations and the under-over the bridge, over the flip-flop, it’s a very busy track.”

There are now 32-cars locked in for Wednesday's title showdown between Shane van Gisbergen and Scott McLaughlin.

Both races will be streamed live and free through Motorsport.tv.

Supercars All Stars Eseries Round 10 schedule