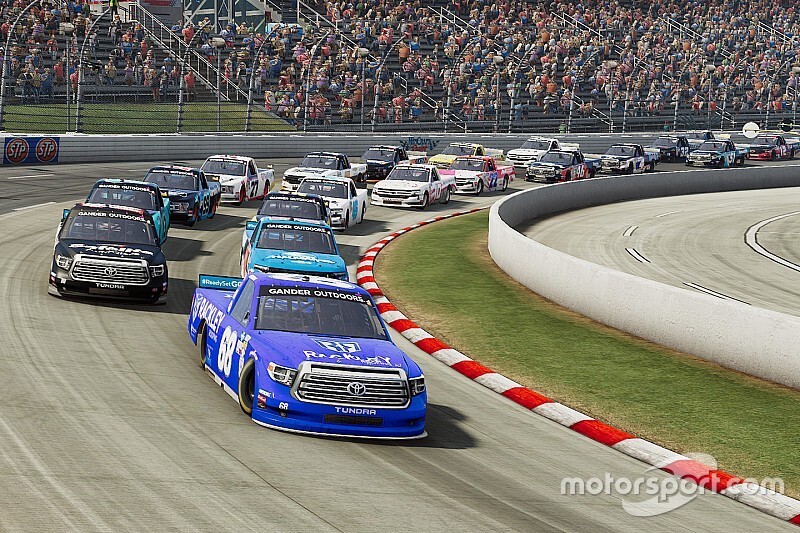 The final round of eNASCAR Pro League preseason took place Wednesday night at Martinsville Speedway with the NASCAR Truck Series.

Virtual Martinsville Speedway hosted the third and final race of the eNASCAR Heat Pro League preseason. Competitors from the PS4 and Xbox One divisions took part in twin 80-lap sprint races with the NASCAR Truck Series at the half-mile paperclip. It was their final opportunity to showcase their talents to teams ahead of the Season 2 draft.

The first race kicked off with Cody Giles out ahead of Isaac Smallwood with Maxwell Castro filing into third.

Matthew Selby was ultimately able to unseat Castro for third while Giles and Smallwood got away. The lead tightened up due to slower traffic just before halfway as the leaders dove to pit road. Selby followed suit one lap later.

The battle came down to Giles and Selby with Smallwood slipping back. The fight for the lead was fierce and neither driver was shy about using the bumper. Selby would prevail and pull out to a comfortable lead, but contact with a slower truck in the final ten laps derailed his hopes for a win.

Giles returned to the lead, but the drama was not over as he slowed abruptly in the final two laps, apparently short of fuel. Castro ran him down and blew past for the lead, taking a shock win in a chaotic last lap.

Giles held on for second, 2.6 seconds back with Parker third, Smallwood fourth and Selby salvaging fifth.

Luis Zaiter led early with Casey Gomme and Daniel Buttafuoco in hot pursuit. Buttafuoco found a way around Gomme and stalked Zaiter until green-flag pit stops halfway through the race.

They were then able to pull away from the field as the race remained clean and green. With 24 laps to go, Buttafuoco was able to steal away the race lead as they navigated traffic.

Zaiter remained close, but he was unable to mount a serious challenge. Buttafuoco would take the checkered flag and complete his sweep of all three preseason races.