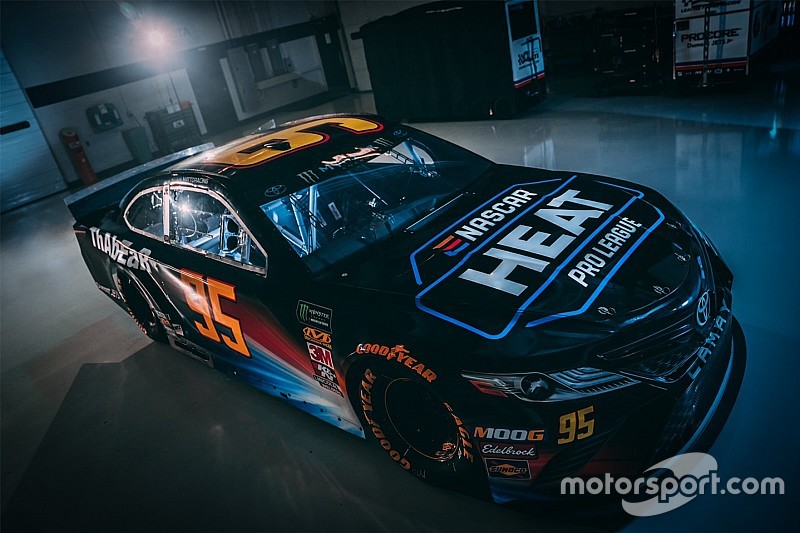 Leavine Family Racing will feature the eNASCAR Heat Pro League and the team’s two draft picks on its No. 95 Toyota Camry this weekend at Bristol (Tenn.) Motor Speedway.

The eNASCAR Heat Pro League enters its inaugural season in 2019 following collaborative efforts from NASCAR, 704Games and the Race Team Alliance. The newly-formed esports league will feature a 16 race season, starting in May.

Both drivers’ gamer tags will be featured on Matt DiBenedetto’s No. 95 Toyota this weekend at Bristol. For more information on the eNASCAR Heat Pro League visit: eNASCARHeatProLeague.com.

Harbin, who goes by the handle ThAbEaR, could be the biggest value in the draft for LFR. He was projected a top-five pick in the draft and surprisingly slipped down in the inaugural draft to 13th on the PS4.

Vroman, whose gamertag is HD Motorsports, was picked second in the Xbox portion of the draft, and Harbin have already won exhibition races prior to the league season starting next month giving LFR two formidable competitors to help the team contend for the first eNASCAR Heat Pro League Championship.