Tune-in to the broadcast of Wednesday's race at Indianapolis Motor Speedway and enter for a chance to win a copy of NASCAR Heat 4. 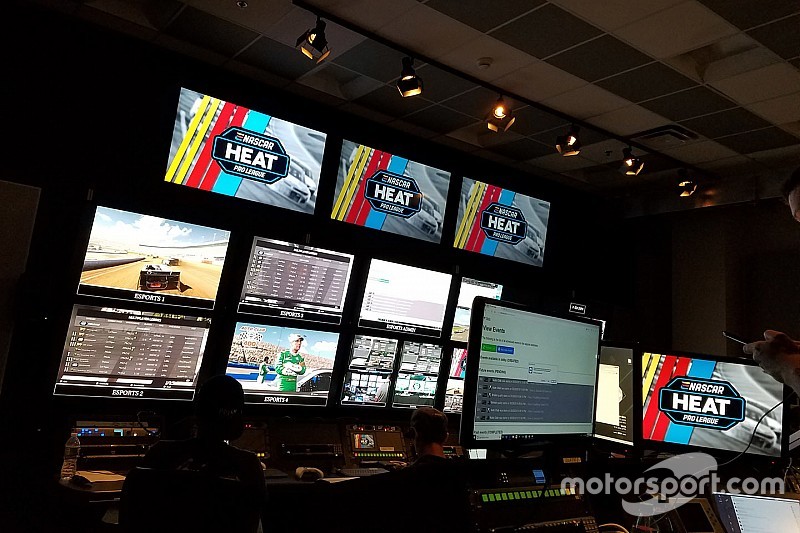 The duo fell just two points shy of clinching a playoff berth and feel they are in a position to race their way in at Indianapolis.

“I think you are going to see a tight and condensed field to start the race,” said Sloppy_Joe_YT. “This racetrack looks like it could be a one-groove track so you will have to take what you can get.”

The JMacAttack34 agrees it could be a one-groove track and could be a challenge for all 14 competitors in the Xbox One division he competes in for RCR eSports.

“I think we’ll be single-file early and you will not want to lose the draft,” JMacAttack34 said. “I think things could get dicey late in the race if people try to move up because they need a win.

“I think the entry into Turns 1 & 2 will be interesting for all of us.”

Sloppy_Joe_YT adds that while the start of the race might be tame, he expects business to pick up with all 14 drivers.

“I think after the competition caution you will see a crazy race as everyone will want to be in the top-five near the end of the race to go for the win,” he added.

Only four teams have secured a playoff berth so far this season (JTG Throttlers, Team Penske, Leavine Family Gaming, Roush-Fenway Gaming) and with only three races remaining in the regular season every point will be crucial for the teams.

Justin Brooks (mrTRACKBAR33) enters Indianapolis Motor Speedway on a hot streak after winning last time out at Chicagoland Speedway to pick up his second win of the season.

mrTRACKBAR33 has won two of the past three races and has not finished lower than sixth in any race this season driving for JTG Throttlers, the team owned by Monster Energy NASCAR Cup Series team JTG Daugherty Racing.

Leavine Family Gaming picked up the playoff berth last week thanks to the first win of the season for Josh Harbin (ThAbEaR_95) and a seventh-place finish for his teammate Nick Vroman (HDMotorsports95).

Team Penske Esports has led the points standings after all five races so far this season and maintains a six-point lead over Leavine Family Gaming 257-251.

Roush Fenway Gaming sits in third place with 350 points while JTG Throttlers is fourth and JR Motorsports moved into the top five.

The pre-race show for Indianapolis Motor Speedway will start on Wednesday at 7:30 p.m. ET with racing slated to begin at 8 p.m. Fans can watch the races on the follow social media platforms:

Make sure to tune in between the Xbox One and Playstation 4 division races when fans can watch a sneak peek of the trailer for night racing at Martinsville Speedway on NASCAR Heat 4 which can be pre-ordered today at https://promo.nascarheat.com/preorder/.