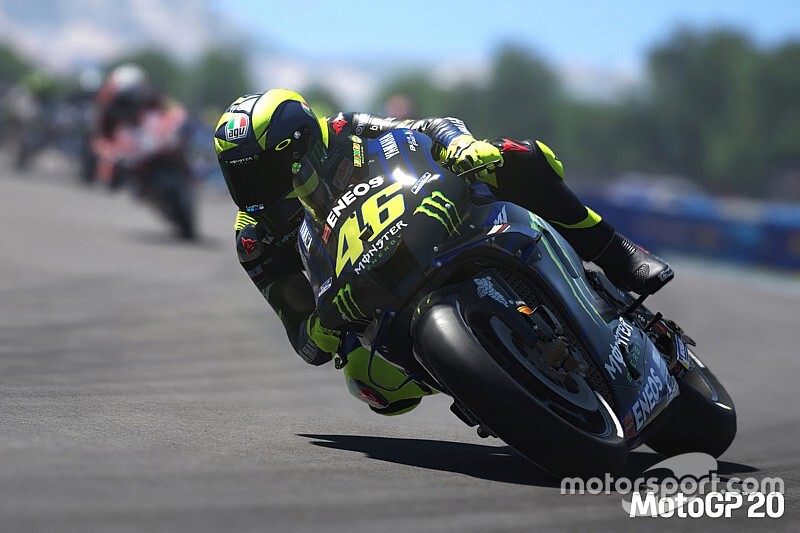 Reigning champion Marc Marquez and MotoGP legend Valentino Rossi are among star names set for battle in a MotoGP Esports race this weekend.

The 2020 MotoGP season has been put on enforced hiatus due to the coronavirus pandemic, with the Qatar race at the start of the month cancelled, while the subsequent Thailand, Americas and Argentine Grands Prix have been postponed.

It is widely expected that May's run of races at Jerez, Le Mans and Mugello will also be pushed back to a later date.

MotoGP's calendar woes follow the likes of Formula 1, the World Endurance Championship and World Superbikes in having races in the early part of this year wiped out due to the COVID-19 pandemic.

To fill the void, MotoGP promoter Dorna Sports has announced the creation of an Esports series, which will feature a plethora of real-world stars using the MotoGP 19 game.

The format will consist of a five-minute qualifying session to decide grid order, with the race taking place over six laps – a rapid-fire sprint contest in a similar vain to that which the all-electric MotoE series does.

The event will take place this Sunday at 3pm GMT, and will be broadcast on motogp.com and on various other TV networks around the world.

It is unclear if this will be a regular occurrence of a one-off, and Dorna is yet to announced if its line-up of racers will include stars from its own Esports series.

This will be the third Esports replacement for a real-world race set by an official series, following in the footsteps of NASCAR and F1, who ran online races featuring some of its real-world talent last weekend, including the Motorsport Games and Veloce co-produced #NottheBahGP.