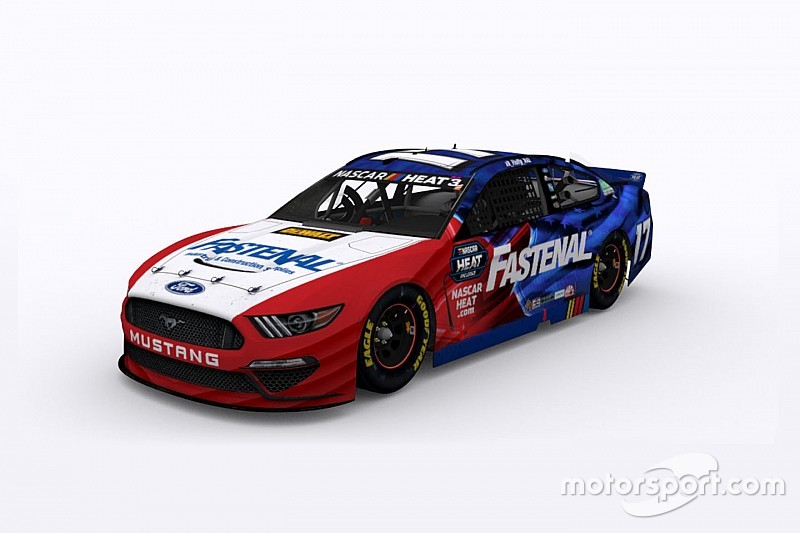 Roush Fenway Gaming has already clinched a playoff berth, but they want more heading into the final two races of the regular season.

Xbox One driver Nick Walker (wowTHATSgarbage) and PlayStation 4 competitor Cody Giles (xX_Fluffy_Xx2) have been two of the most consistent performers during the inaugural season of the eNASCAR Heat Pro League.

Despite missing one race due to power issues at his home, Walker has put on an exciting show almost every week usually coming from the back through the field to win races.

The Frankton, Indiana, native won Xbox One Division races at Auto Club Speedway in the second week of the season and made a daring pass in the last turn at Watkins Glen International to pick up his second win two races ago.

“I just take each race as it comes and usually find a way up through the field,” said Walker. “I think I’ve gained over 70 positions combined through the first six races.”

Preparing for the postseason

Walker hopes his regular season ends on a positive note as he prepares for the playoffs after Roush Fenway Gaming clinched a spot several weeks ago.

“It’s been a roller coaster season for me,” said Walker. “Overall it’s been a pretty good year (so far).”

Although Giles has yet to win a race this season, he’s stood out among his fellow competitors in the PlayStation 4 Division as the only driver to finish in the top 10 in every race this season.

“I work hard to not make mistakes early in the races,” said Giles. “I try to show consistency each race and use a strategy that helps me be in a position to move up late in the race.”

Giles agrees the competition has been tough as he expected it to be and knows the level of intensity is only going to pick up as the season progresses.

“It’s been challenging this season as there are a lot of really good drivers in this league,” said the Roush Fenway driver. “These races are no easy Sunday drive - that’s for sure.

“I try to drive a consistent pace and with about 10 laps to go I get going when it really counts.”

A part of eSports history

Both drivers are appreciative of the opportunity to compete in the historic first-year league and both are focused on being ready to compete for the championship.

“I feel so blessed to be drafted by Roush Fenway Gaming to be a part of the team and I want to get them a win so show them by winning a race,” said Giles.

For Walker, he wants to use the last two regular-season events to fine tune some things in preparation for the postseason.

“I’m ready to finish the regular season strong and get ready for the playoffs because it’s going to be a challenging field to race against for the title,” he said.