After seeing parody prevail over the first six events in the three rounds so far this season, two drivers emerged as championship favorites picking up their second win of the season in the Xbox and PlayStation 4 races at Watkins Glen International.

Both drivers had to hold off strong challenges for the lead on the final lap of the race with Nick Walker (wowTHATSgarbage) exchanged the race lead with Justin Brooks (mrTRACKBAR33) twice on the final lap with his daring move in the final corner at Watkins Glen giving the lead and win. 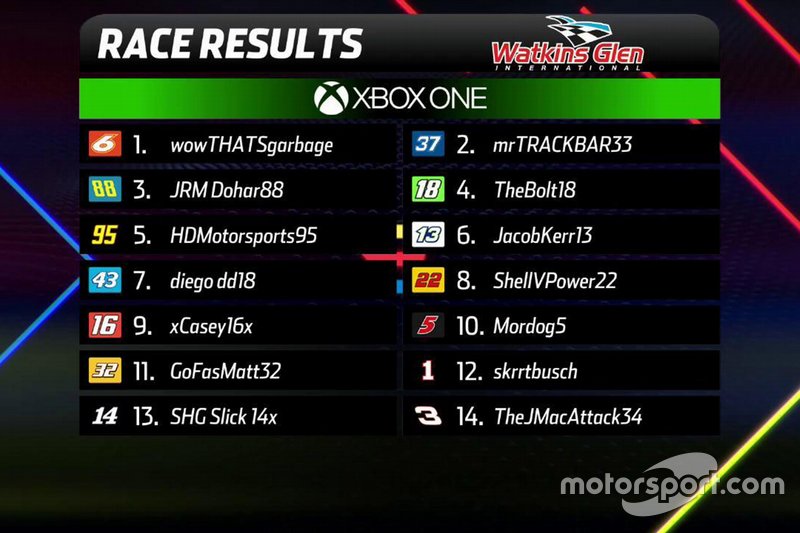 It was the second win of the season for Walker who also picked up a win at Auto Club Speedway back in May.

“This is awesome, I can’t believe it,” said the Roush Fenway Gaming driver. “Well I didn’t want to get into any trouble (early in the race) but I figured what the heck with two laps to go (in the race) to go for it and we did.”

Walker led the race when they took the white flag before Brooks took the top spot away. The two raced side by side and swapping the lead before Walker made his daring move in the final turn on the road course.

In the first race of the night Hunter Mullins (FastFed32) scored his second Playstation 4 win of the season holding off RCR Esports driver Joey Stone (Sloppy_Joe_YT) on the final lap to make his second trip to Victory Lane this season. 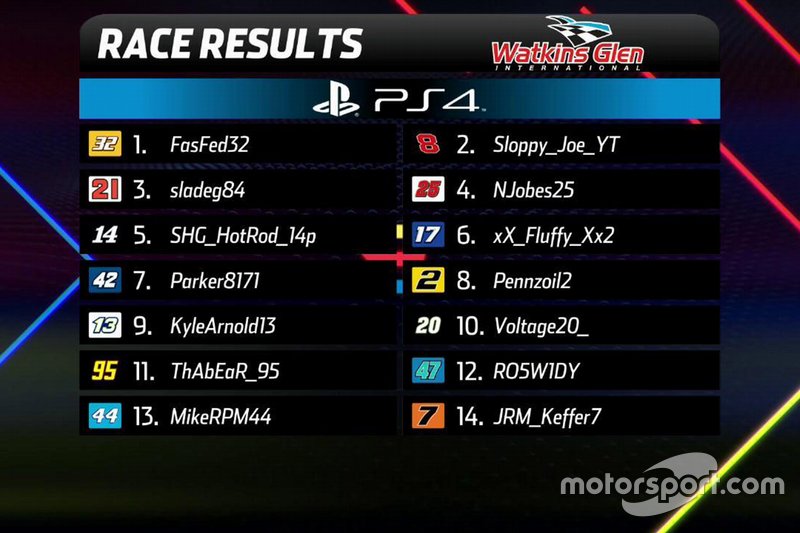 “That was intense and some hard racing for the win,” Mullins said. “I was just being patient for him to make a mistake and he was driving hard in the corners and he was pushing up the track. We were both just racing hard for the win.”

With the help of their second race win of the season Roush Fenway Gaming shaved nine points off the lead to sit just four points back. 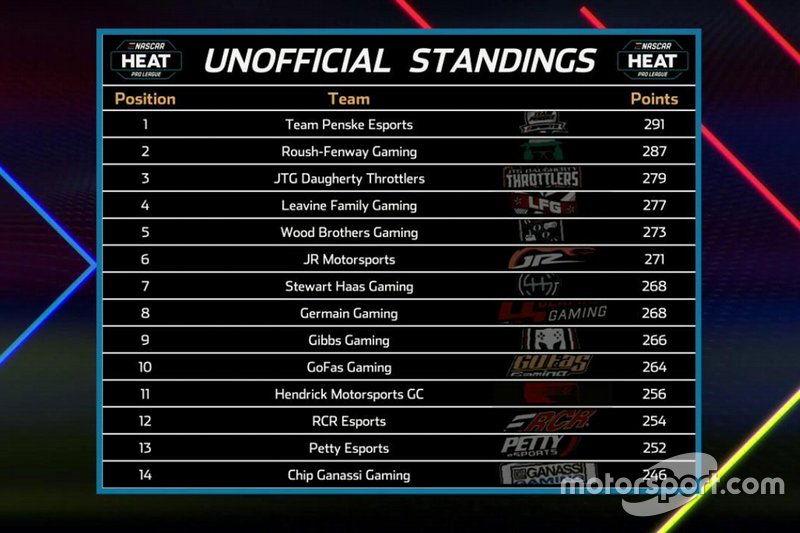 The next race event for the eNASCAR Heat Pro League will be on Wednesday, July 10 at Chicagoland Speedway. Coverage will begin with the pre-race show kickoff at 7:30 p.m. ET.