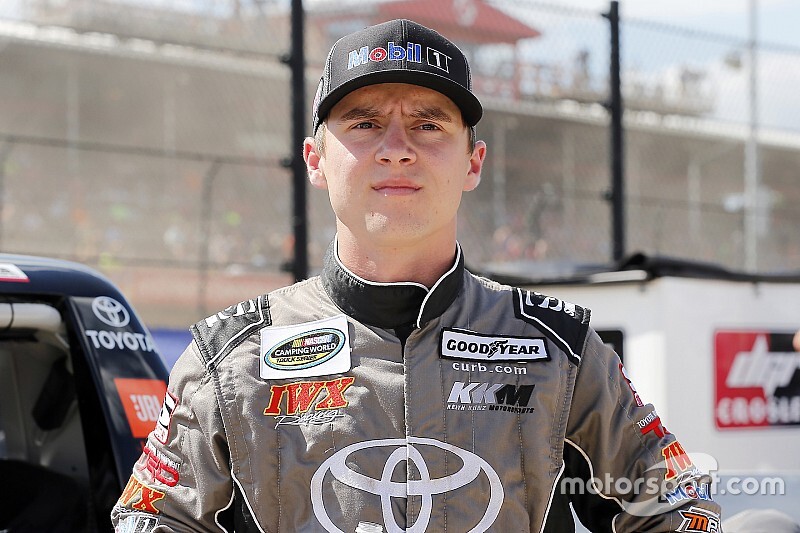 With only five stock car racing starts to his name, Logan Seavey put on quite a show in a virtual battle Saturday night with numerous NASCAR stars.

The accomplished dirt racer passed Chase Cabre with 12 of 150 laps remaining and held on for the victory in the first Saturday Night Thunder iRacing event at virtual Bristol (Tenn.) Motor Speedway.

The race was held as a prelude to Sunday’s eNASCAR Pro Invitational Series race at Bristol and featured drivers from various NASCAR series competing in ARCA Menard Series cars.

Seavey, 22, finished second in his qualifying heat earlier in the evening and was able to avoid most of the numerous accidents in the race, which prompted a change to single-file restarts late in the event.

“It was a long, long race. I think we all kind of knew that was coming. We were all kind of prepared for a lot of cautions,” Seavey said. “We end up crashing (early) and we switched strategies around and rode around in the back most of the day and just saved tires.

“The last 50 or 60 laps I knew we were coming in (to pit) and I saved a ton until the last 20 or 30 and I knew I had enough to run down Chase. I had a lot of spotters and crew chiefs helping me out on his deal.”

Seavey, who plans to compete fulltime in the USAC national sprint car series, didn’t know he was going to participate in the event until two days ago.

“To come on here, and like I said being a last minute deal and with just a couple laps of practice compared to some of these other guys, to be able to beat Ty (Majeski) and Chase and some of these guys that are pretty good at this game is pretty cool. I think it’s very cool for NASCAR to put this on.”