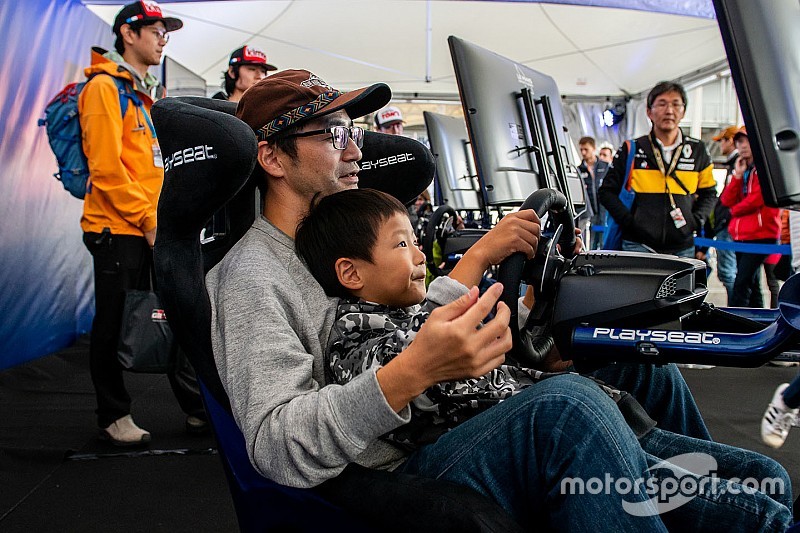 Motor racing Esports – or Sim Racing as it’s known to that community – was initially left behind as competitive gaming hit the big time. But that might all be about to change, reckons Dom Duhan, the team boss of Red Line Racing and also part of the team behind leading sim platform rFactor 2.

Having just returned from an intriguing visit to the inaugural Sim Racing Summit, held by Porsche in Stuttgart, I think it’s time that racing Esports is taken seriously. Not only was there a sizeable investment from the event itself, but a long-term vision to grow sim racing – and importantly include partners to increase the entire scene.

My role was twofold, as a team boss for Team Redline – a group that features a few well-known real drivers such as Lando Norris and Max Verstappen – and as Studio 397, the people behind the renowned rFactor 2 platform, which is heralded as one of most realistic around.

Over the past couple of years among the main stream media there has been an increasing in the buzzword ‘Esports’. In essence an Esport is a video game played competitively at a high level and watched by spectators either online or onsite at an event. Yes, that’s right, it’s gaming but with bigger stakes than the good old days of the Spectrum and Amiga – we’re talking a billion dollar business with prize pools over $25 million at some tournaments with millions of hours watched on video streaming platforms like Twitch. 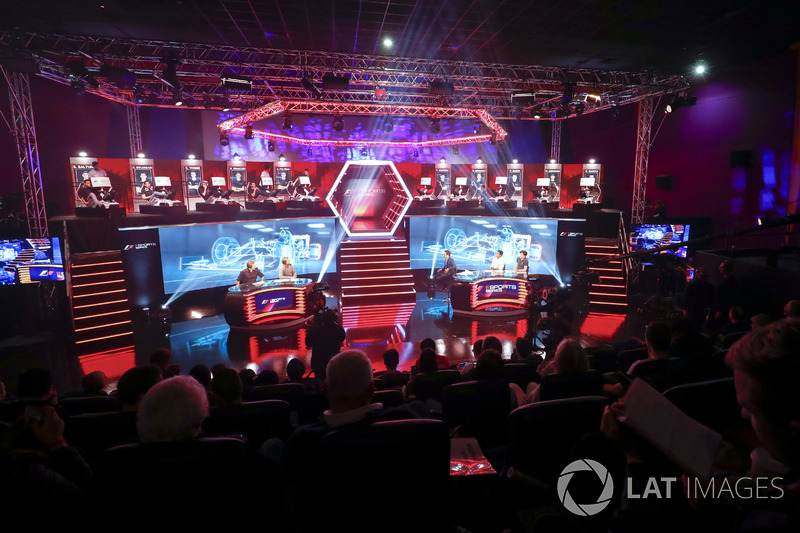 It’s not a new thing, back in 2000 Jonathan Wendell (aka Fatal1ty) was cleaning up the Cyberathlete Pro League and the World Cyber games circuit in Quake – a first person shooter – earning over $100k a year in prize money and a fortune in endorsements. Even I was earning £50 a week driving in Wireplay TOCA 2 tournaments! The future was bright.

The potential in the earlier days was restricted somewhat by connectivity and indeed was very much driven by particular games, such as Quake or Starcraft. For these games the network was key – and to a degree that is still the same today, however there are more and more titles and certainly more diversity.

The racing games that we all love and remember had a competitive side to them as well. Back in 1998 the incredible Grand Prix Legends has its first world championship, there wasn’t a great deal of money, but we had 20 incredible drivers using wheels and sometimes joysticks to pilot 1967 grand prix cars from the likes of Jim Clark, Graham Hill and Dan Gurney on a 28.8k modem!  Soon there were competitions using TOCA 2, Grand Prix 2 and Super Monaco Grand Prix. All of which had a small but growing community of competitive players, focused mainly around setting fast laps as racing against each other was pretty difficult on low-latency connections.

There was a shift on the horizon, and that came with the title NASCAR 2003 from Papyrus (the same guys who did Grand Prix Legends), which became a huge hit. Not only were the physics stunning, but the netcode was improved allowing 43 drivers on track at one time. This allowed for the establishment of leagues and championships galore, creating sim racing heroes along the way.

So, where were the F1 games? Well that’s a good question, despite the EA F1 series being lauded, digital rights from FOM made creating a multiplayer environment difficult and harmed the growth of F1 in the racing esports fraternity. rFactor soon changed that, with its ability to build modifications, player soon built their own F1 mods to satisfy the demands of the community and the genre grew once again with hundreds of competitions. 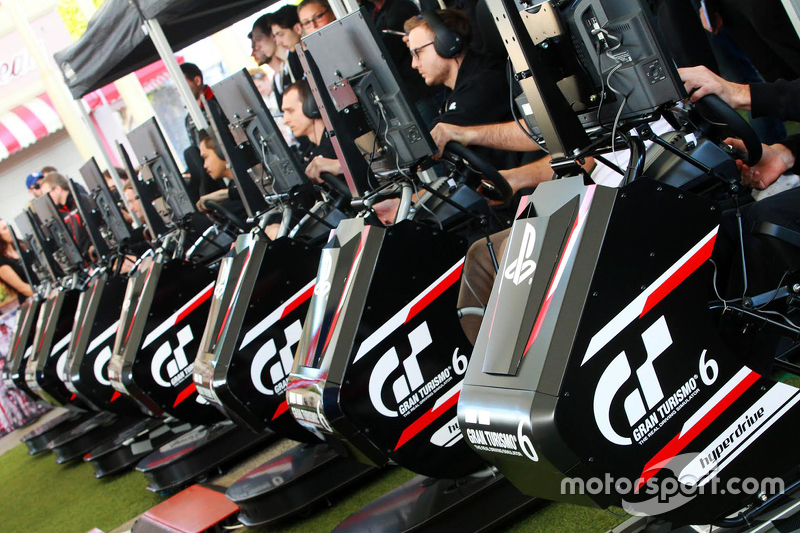 Despite this growth we didn’t see that much in terms of prizes, we had GT Academy in 2008, based off the enormously popular Gran Turimso, which took the winners to real life racing. This opened many peoples eyes that actually, these guys behind their screens can drive in reality – the skills are similar, the awareness is similar, unlike any other Esport.

Over time, new platforms emerged, iRacing, the sequel to NASCAR 2003, created a competitive infrastructure which has a strong base of drivers. They have just announced a $100k prize pool for 2019. rFactor 2 with its dynamic platform, perfect for endurance racing also was used for the $1million Visa Vegas eRace by Formula E – the largest prize pool in sim racing history. Importantly, the Visa Vegas eRace put the pro drivers from the series in the race as well – the money was not to be sniffed at, even if you are an established racing driver, for instance Mahindra’s Indycar-bound Felix Rosenquist took home $100k and looked quite happy about it! 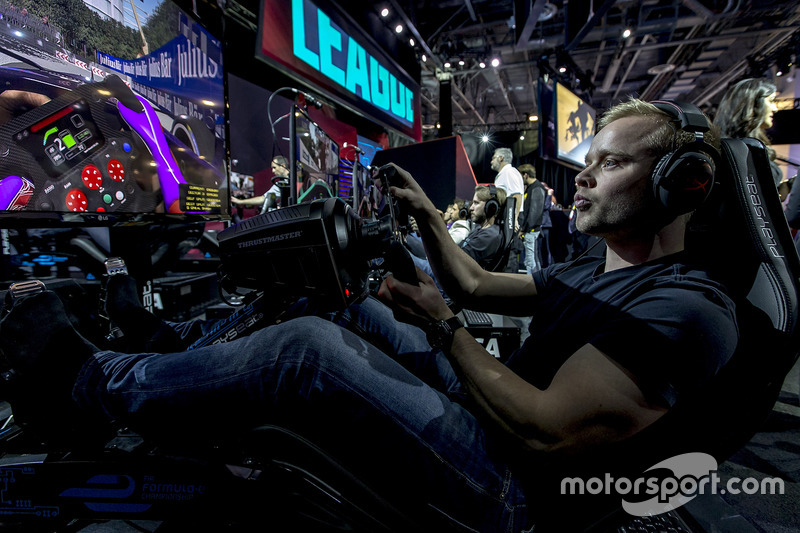 This year has been one of incredible growth, not just in player bases but in views and engagement.  We had the second year of F1 Esports, generating an audience of around four million over TV and digital and delivering great content on F1’s growing digital platform with the aim to reach a younger less accessible fan.

Gran Turismo featured this year for the first time in serious esports with GT Sport. After holding finals in US, Europe and Asia, the World Finals were recently staged in Monaco, the viewership was strong across the board with three million viewers on multiple platforms. Often titles with a large userbase like Gran Turismo often struggle to get viewers as they are seen as casual games and have no legitimacy in the scene. What made GT Sport strong was the exciting format. Despite being FIA sanctioned, they didn’t stick to real world rules and instead opted for 10x tyre wear, 10x fuel, mandatory three stops in a 10-lap race! 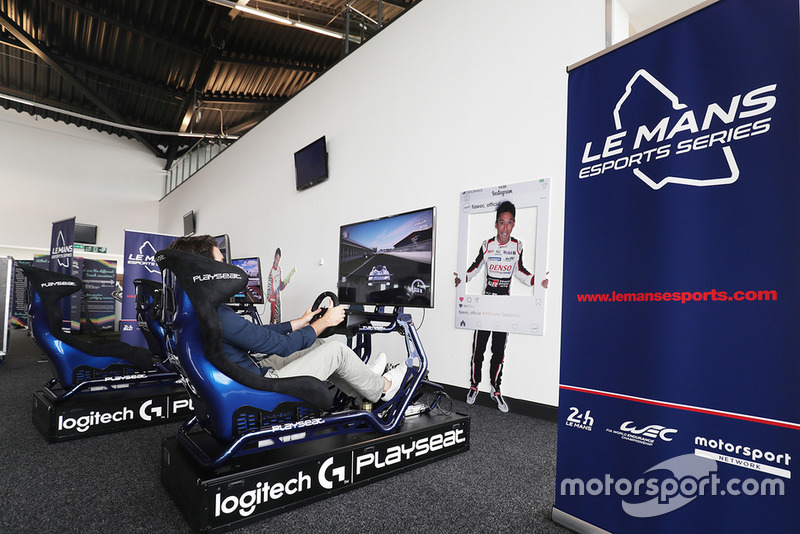 Importantly, nearly every automotive and motor racing series is looking at esports. Porsche want to help develop the eco-system, McLaren are developing their Shadow project, ACO have started their Le Mans Esport series in conjunction with the Motorsport Network, WRC have a world champion, NASCAR are creating a series called eNASCAR Heat Pro League with 704Games, and Blancpain have their own title with Assetto Corsa Competizione. This is just a snapshot of what’s upcoming with plenty more series involved, creating huge diversity coupled with a huge opportunity.

Even last year, one of my teammates – Enzo Bonito – competed at the Race of Champions after winning their inaugural virtual eROC event, took to the track and was only 0.4 off Petter Solberg in his first time in a real race car.

Racing games have the power to generate new racing fans, in fact many younger fans are educated through games on the series as opposed to broadcast – they aren’t interested in traditional motorsport through the traditional routes.  And when you have a sport which requires and extraordinary amount of investment even at the karting level, why not just go into sim racing, its accessible, fun and more competitive than any racing series in the world – oh and finally, you will probably earn more money in the long run if you are good. 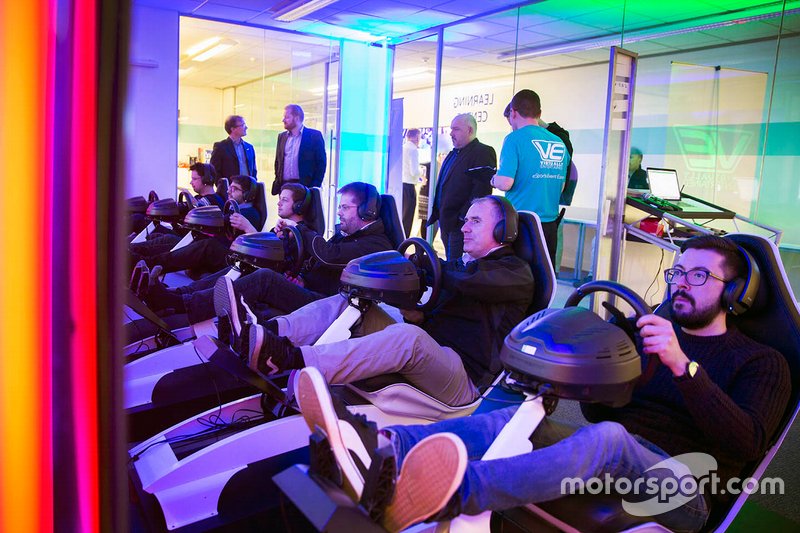 So what does the future hold? For traditionalists, sim racing might be seen as a threat, I would rather see it as complimenting motorsport, it’s a mix of esports and motorsport and will drive fans to tracks – or at least that’s what we hope as motorsport fans as well.

We will see significant money start to come into the genre, it’s a natural fit for advertising wary of popular shooters like Counterstrike or the complexity of League of Legends, racing is palatable and easy to comprehend, with a significant crossover into mainstream sports. Not only that, automotive is changing and needs to invest to reach a new audience.

As a team boss and game developer/publisher I am incredibly excited as we venture into the golden age of sim racing. 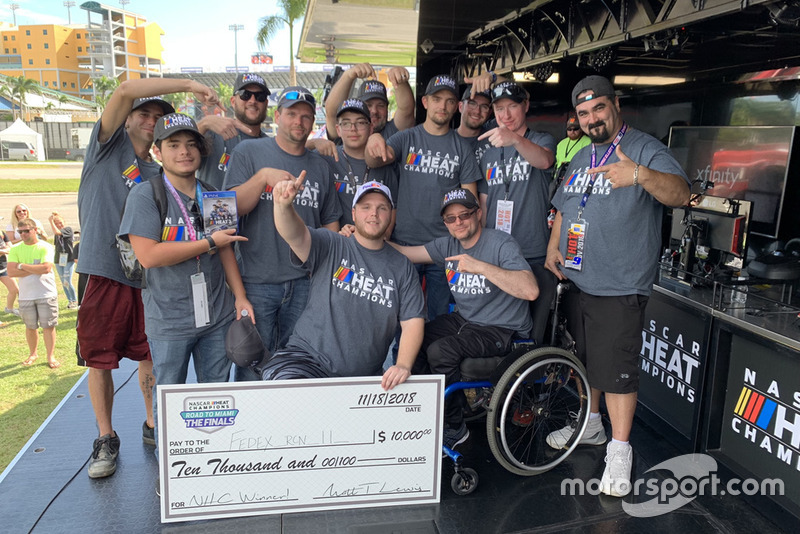 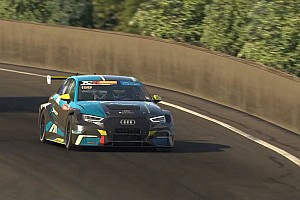