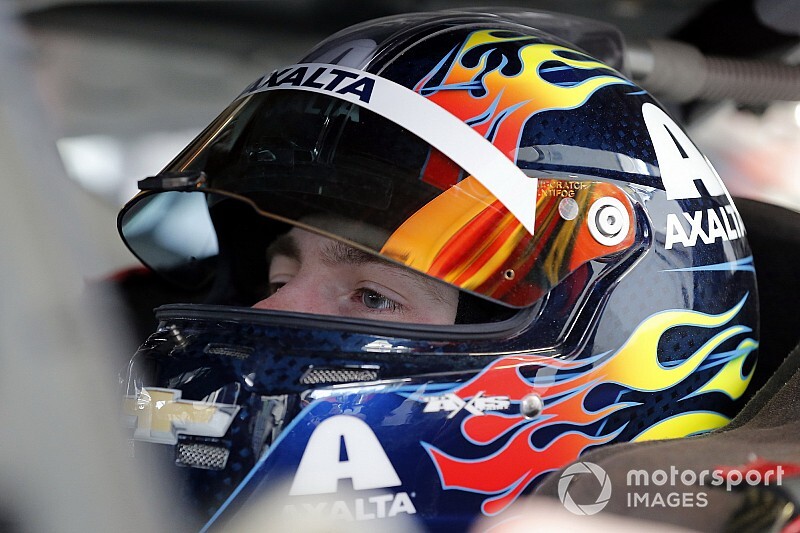 Fresh off his win in the Pro Invitational Series event at Bristol, William Byron swept at Rockingham in the opening round of the Short Track Challenge.

The winner of each sim race will secure their place in Thursday's title-decider at Martinsville Speedway. A handful of drivers selected by NBCSN commentator Steve Letarte known as the 'Peacock Provisional' will fill out the remaining spots on the ten-driver grid.

Byron started from pole for the first of two 35-lap races at the Rock. He dominated the event, leading every lap and locking himself into the championship finale Parker Kligerman was second, Kyle Busch third.

The field was inverted for the second race, putting Bubba Wallace and Austin Dillon on the front row.

The RCR teammates of Dillon and Tyler Reddick came together in both races, but their collision on the opening lap of the second race sent both crashing into the backstretch wall.

Busch was able to take over the top spot from Wallace on Lap 8, but he could not get away from the hard-charging Kligerman and Byron.

They pursued and on Lap 17, Kligerman got under the No. 18 machine and took control of the race. He led until the very last lap when Byron utilized the bump-and-run to steal the win, completing the sweep.

Kligerman was forced to settle for second and Busch third once again. However, Busch was granted the Peacock Provisional and will join Byron in the championship race.