Pailler finished third in his semi-final and only progressed to the final of the third World RX Esports event - which is run in partnership with Motorsport Games - after edging the time of World Rally Championship star Hayden Paddon from the first semi-final.

French rallycross driver Pailler was the only driver to not end up in the gravel on the opening lap of the rain-affected final and took a comfortable maiden win in the series as chaos ensued behind.

All four drivers behind Pailler collided on the exit of Turn 1 on the first lap, and although they recovered to the circuit they had little hope of beating Pailler.

GT ace Tom Blomqvist, who won the previous round at Hell, initially picked up a 10-second penalty for a collision with Kevin Hansen midway through the race.

However, the stewards rescinded the in-game penalty post-race and Blomqvist was able to claim second place with Kevin’s older brother Timmy Hansen completing the podium places.

Hansen’s podium ensures he takes the championship lead from Supercars star Shane van Gisbergen, who was forced to miss the event to take part in the resumption of the real-world Supercars season in Sydney.

GCK WRX driver Rokas Baciuska picked up a five-second penalty in his semi-final for a collision with popular streamer Alex Day and ended up fifth and last in the race.

Among those who narrowly missed out on a place in the semi-finals was series debutant and 2019 Renault Clio Cup UK runner-up Max Coates.

The final round of the World RX Esports Invitational series will take place on July 12 at a virtual Cape Town circuit on DiRT Rally 2.0. 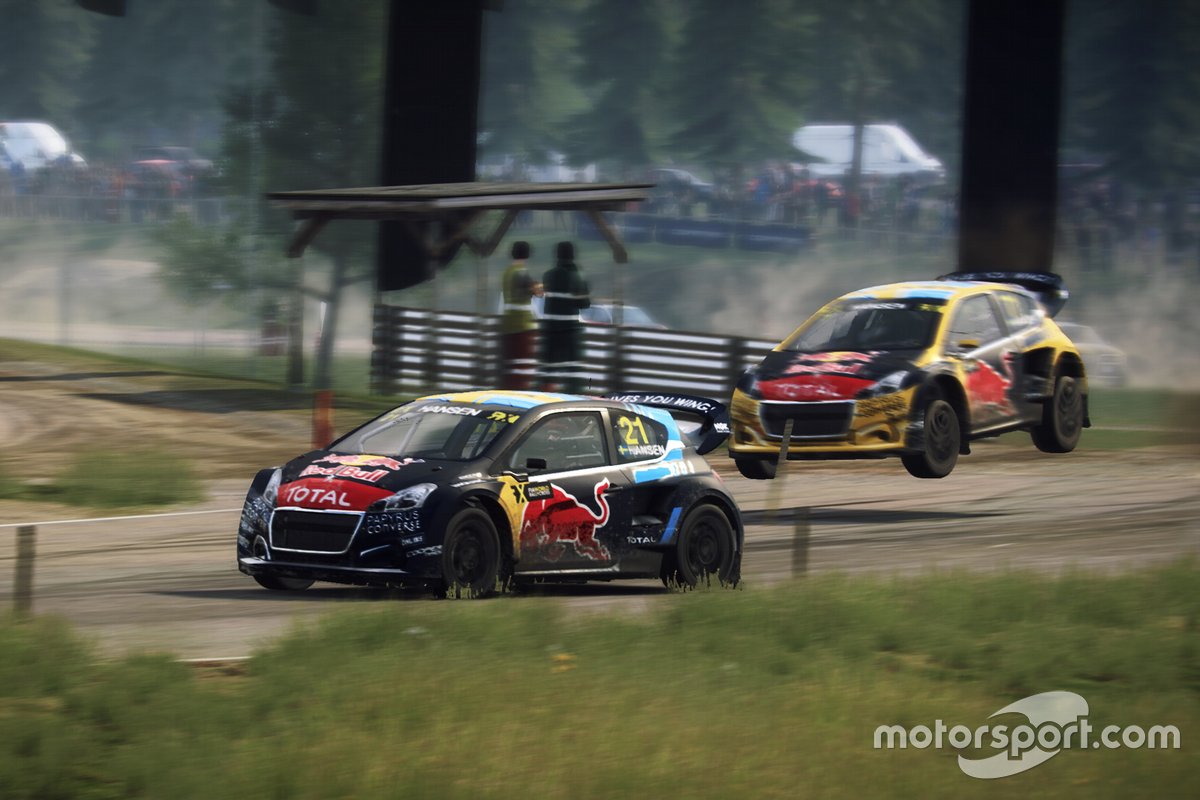