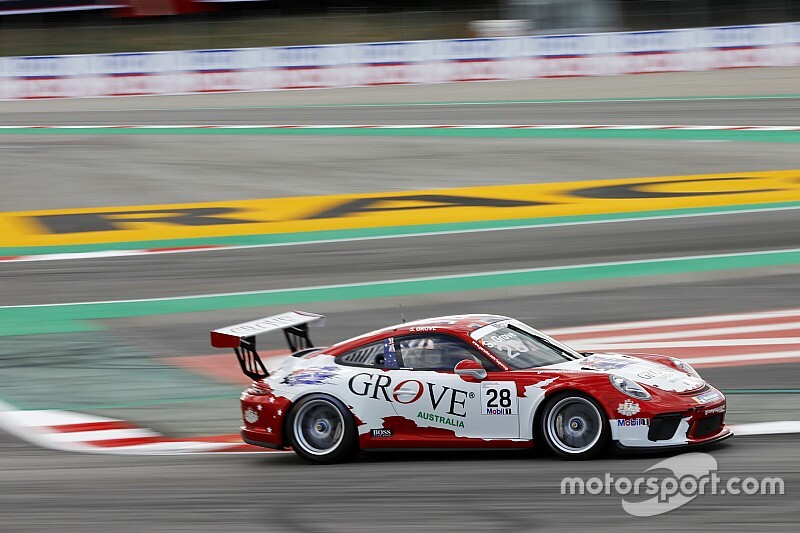 The Confederation of Australian Motor Sport has locked in its line-up for the inaugural FIA Motorsport Games.

Set to take place at Vallelunga in November, 'Team Australia' will be represented in three of the six Motorsport Games categories – GT, Formula 4 and Esports.

The GT class entry will be raced by father/son duo Stephen and Brenton Grove, who have competed together in the Porsche Supercup, as well as teaming up for Australia's entry at the FIA GT Nations Cup last year.

“We are really excited to have Stephen, Brenton, Luis and Cody Nikola represent Australia on the world stage at the first ever FIA Motorsport Games,” said CAMS CEO Eugene Arocca.

“This is a fantastic opportunity for these athletes to represent Australia at a global event and we know the competition will be fierce.

“Australians are well known for their success in motorsport categories across the world and I’ve got no doubt each one of our representatives will be at the pointy end of the field come crunch time.

“Representing your country at any international event is a terrific achievement and I know that they will all do Australia, and CAMS proud.

"We wish all of them the best of luck and will be working closely with each of the competitors to ensure they are able to perform to the best of their abilities.”

The opening ceremony for the Motorsport Games will take place on October 31, before racing starts on November 1.

FIA database now in the hands of the fans