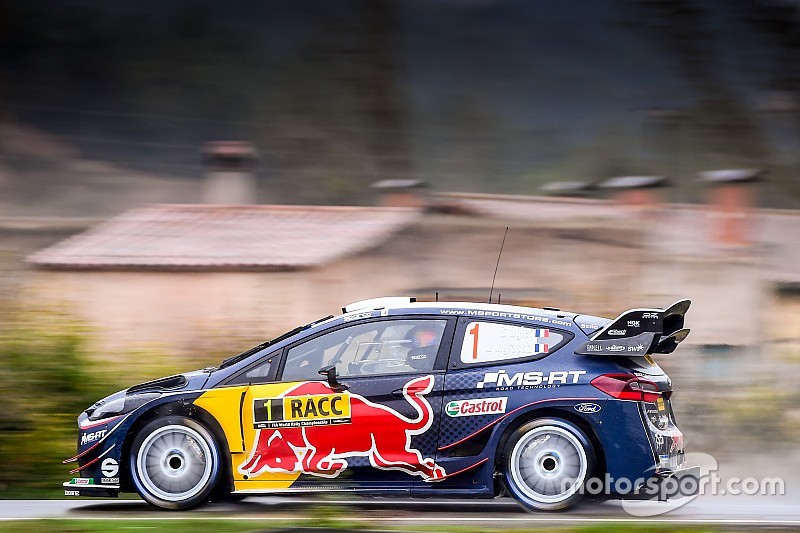 The M-Sport Ford Fiesta RS World Rally Car has been named Rally Car of the Year at the 2018 Autosport Awards.

M-Sport’s semi-independent 2018 challenger faced plenty of competition during the World Rally Championship season, but was a winner of four rallies in the hands of Sebastien Ogier - who eventually clinched his sixth-straight WRC title and second with Malcolm Wilson’s squad.

Ogier was embroiled in a three-way scrap for the crown with Thierry Neuville and Ott Tanak in the final part of the campaign, and trailed Neuville with two rallies to go, but reclaimed the points lead with second place on Rally Spain before sealing the title at the season finale in Australia when his Hyundai and Toyota rivals both retired.

The Ford Fiesta sealed three other WRC podiums in 2018 in the hands of Elfyn Evans and Teemu Suninen.

It is the second year in a row M-Sport’s Ford WRC challenger has received the award from Autosport readers.

Wilson said: "It's been an incredible year to be honest, after Rally Turkey we were 23 points behind with three rallies to go and it wasn't looking the best.

When you have someone like Ogier driving for you, you never give up, as he said he drove like his grandmother at rally Australia but it was enough.

"We will miss Sebastien we have had an incredible two years, it's time to regroup and see what we can do.

"A lot of things still to sort out, we want to be in the WRC at the highest level."

Ogier will leave M-Sport at the end of this year to drive a factory Citroen C3 - one of the cars that the Fiesta beat to the Rally Car of the Year prize.

The Hyundai i20 Coupe WRC and Toyota Yaris WRC that took Neuville and Tanak to second and third in the WRC drivers’ standings were also in contention for the award.

Skoda’s Fabia R5, which dominated WRC2 this year, was also nominated for the award alongside a second of M-Sport’s cars - the R5 version of its Fiesta.