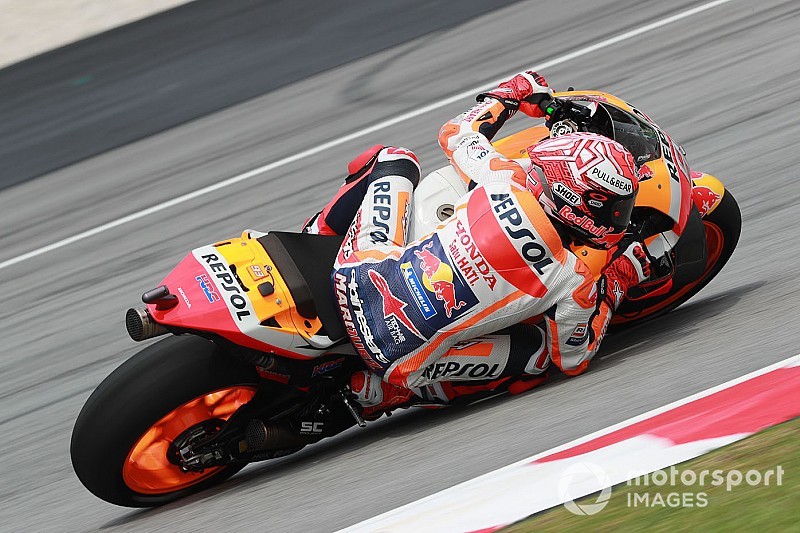 The now five-time premier-class title-winner came out on top of the Autosport readers' vote for the third straight year, meaning he has won it every year since it was added to the Awards line-up in 2016.

His opposition this year was not limited to his MotoGP rivals, as record-shattering World Superbike counterpart Jonathan Rea joined the shortlist - a reflection of Autosport's sister title motorsport.com's comprehensive WSBK coverage and the enormity of Rea's achievements in that discipline.

But Marquez still prevailed in the battle to get the most votes from the Autosport readers.

Although he was unable to attend the ceremony in London because of a clash with motorcycle racing's end of season event, he sent a video message from Andorra.

"I'm very, very happy to receive this special award but of course I'm very, very sorry I cannot be here with all of you because we are in the Andorra for the FIM Gala," said Marquez.

"But I would like to say thanks to all the Motorsport Network, they supported and followed me during all these years.

Marquez has only lost one MotoGP title since arriving at the top level in 2013 with 125cc and Moto2 crowns under his belt already.

While his early successes owed much to his explosive speed and aggression, in recent years he has added more stealth to his armoury and become a master of managing a championship campaign - knowing when to settle for a podium.

That has helped him see off the growing challenge of Ducati, and prompted predictions that he is well on course to surpass Valentino Rossi and become regarded as the greatest motorcycle racer of all time.