Drivers arrive in Bangkok for ROC Asia and ROC Thailand 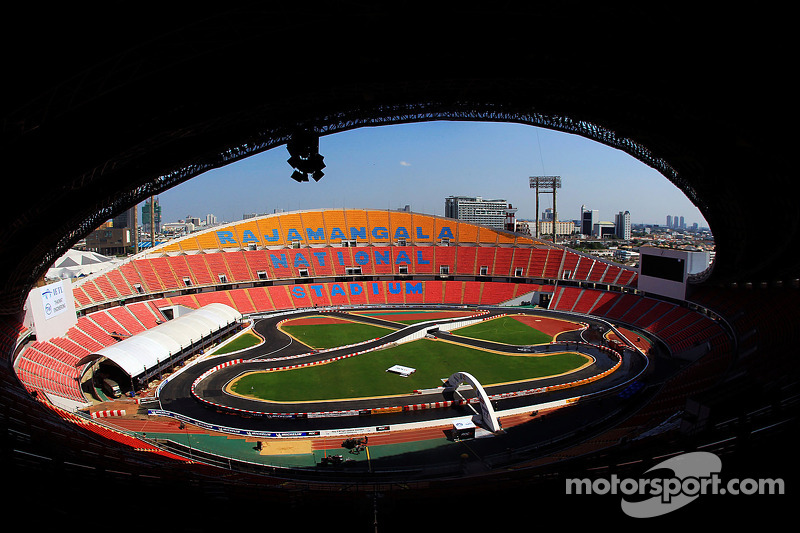 Drivers from all over Asia have assembled in Bangkok ahead of Friday’s ROC Asia and ROC Thailand. The racing begins with a four-way shootout between the host nation’s finest drivers to decide who will represent Team Thailand.

Many of Asia’s finest drivers have gathered at Bangkok’s Rajamangala Stadium for ROC Asia and ROC Thailand, the opening events of this weekend’s ROC 2012 on Friday December 14.

The two most populous nations on Earth are represented by India’s Narain Karthikeyan and Karun Chandhok plus China’s Ho-Pin Tung and Han Han.

The Race Of Champions, which is being staged for the 25th consecutive year in 2012, brings together the world’s greatest drivers from motor sport’s main disciplines – including Formula 1, world rally, touring cars, Le Mans, MotoGP, IndyCar and the X-Games – and sets them free to battle head-to-head in identical machinery. 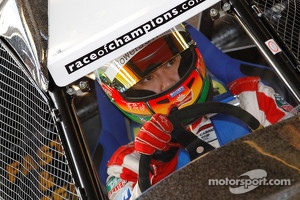 The two most populous nations on Earth will be in the hunt for glory as Team India and Team China join Toyota Team Gazoo Japan and hosts Team Thailand in the line-up for ROC Asia. The four-way competition will seek to find Asia’s fastest nation, with the winners going on to race against the best drivers in the world in the ROC Nations Cup on Saturday.

Formula 1’s Narain Karthikeyan and Karun Chandhok will join forces for Team India as they make their ROC debuts. Team China will partner F1 test driver Ho-Pin Tung with rally ace Han Han, better known as the world’s most widely-read blogger. The Chinese pair already have Race Of Champions experience as they both competed in the 2009 event at Beijing’s ‘Bird’s Nest’ Olympic Stadium, getting as far as the semi-finals of the ROC Nations Cup. Toyota Team Gazoo Japan will be represented by Kazuya Ohshima and Takuto Iguchi, rising stars from the Land of the Rising Sun.

ROC Asia will be preceded on Friday by a four-way battle between drivers from the host country for the ROC Thailand crown. Sak ‘Kiki’ Nana, Tin Sritrai, Nattavude Charoensukawattana and Nattapon Horthongkum will compete in a round-robin group stage, with the two most successful drivers going on to face each other in the final. The two finalists will have the honour of representing Team Thailand in ROC Asia and Saturday's ROC Nations Cup. 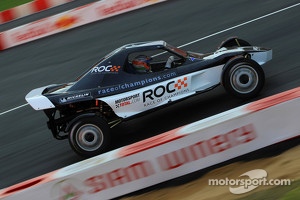 Ahead of Friday’s events the drivers faced the media at the Rajamangala Stadium. Here is a selection of their quotes:

“It’s amazing to have this much excitement about a motor sport event so close to home. So I’m very happy to be here and thank you to Fredrik Johnsson and his team for the invitation. It’s going to be a fun weekend and it’s nice to catch up with some familiar faces from the past. Narain and I just had a look at the stadium and the first thing that strikes us is how small it is. It’s quite different from driving at a grand prix circuit. It’s fantastic that motor sport is moving towards Asia and being here this weekend is another illustration of that. Motor sport has grown very quickly in India in the last few years too and hopefully one day we can have the Race Of Champions in India as well.”

“It’s really nice to be in Thailand for the Race Of Champions. This is the first time that Karun and I have competed at a ROC event and it looks very interesting. To represent your country is always very good and Thailand is not too far away for us. I’m glad we got the invitation and we’ll try to do the best we can. Seeing the videos, it’s going to be the people who make the least mistakes who succeed, so you have to drive very precisely. There’s no margin for error.”

“I’m very excited to be back at the Race Of Champions. People in China still ask us about our experiences at ROC 2009 in Beijing and I’ve heard there are Chinese fans travelling across to Thailand. So I’m very proud and I hope to give them a good show. I have a great team-mate in Han Han who is not only a great racing driver but a big celebrity in China. So it will put extra pressure on me to raise my game. Of course we’re all racing drivers and we all want to win. So even if we’re going to race against the greatest names in motor sport we’ll try hard to beat all of them...

“This is the first time that Japan has had a team at the Race Of Champions and we’re very happy to be here. There are a lot of very nice cars and I’m really looking forward to driving them. Team China, Team India and Team Thailand all look very strong, but we will try our hardest and we are confident we can do well. Japan has a lot of good racing drivers so I will try to make no mistakes otherwise I cannot go back to Japan!”

“I’m really proud to have the Race Of Champions in Thailand and all four of us in ROC Thailand are very proud to be representing our country. We don’t have much experience in the Race Of Champions way of driving, especially with all the different cars. So that will be brand new for us and I don’t want to say too much yet as I’m still a bit nervous. But we’ll push hard, do our best and see what happens.”

Tickets are still available for this weekend’s action.

Motor sport legends ready for the Race Of Champions