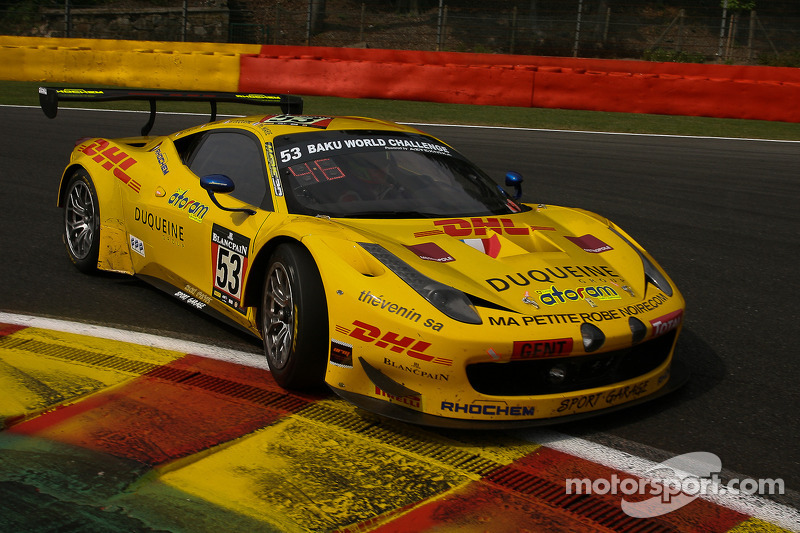 DUQUEINE Automobiles was the first monocoque constructor to have designed a Formula 3 carbon monocoque in 1983.

Gilles DUQUEINE, President of the DUQUEINE Group (Design and manufacture of composite parts and sub-assemblies for the aeronautic industry), is pleased to announce the birth of a new entity: DUQUEINE Engineering. As part of their high-tech activities, this new company complements a range of skills in which technical performance is paramount.

The heart of DUQUEINE Engineering’s activities will focus on motor sport:


- A Racing team where the performance, reliability, strategy are, as in Industry, the key elements of success.


- An Engineering service for the related services. 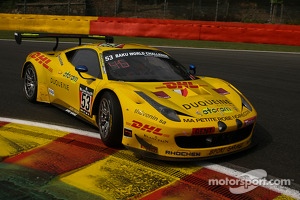 “The realization of this project has not come from a sudden idea. It has been several years that I have thought about the idea of becoming reinvolved in a sector that allowed me to cut my teeth in the Industrial composite domain” stated Gilles DUQUEINE.

Indeed, DUQUEINE Automobiles was the first monocoque constructor to have designed a Formula 3 carbon monocoque in 1983. Since then, the DUQUEINE Group has become a major player in the aeronautic sub-contracting domain and today, their permanent development requires the collaboration of almost 800 staff across its different sites. (Rhône-Alpes, Atlantique and Romania).

“Because the success of a project especially relies on the people, I have reunited a team of specialists recognised for their knowhow in the Automobile sector” concluded Gilles DUQUEINE

Yann BELHOMME, with more than 10 years of success in a monocoque and GT, possesses a solid experience in sports racing, will be the Operational Director and will have the responsibility of the organisation and functioning of the team.

“We have taken the entire equipment from Hexis Racing, which had the modern technical means, of quality and functional. This opportunity corresponds with our will to create a rigorous and efficient team, in line with the DUQUEINE Groups values. Furthermore, Gilles has allowed me to integrate my engineering structure Tech S (Electronic and on-board electric Engineering - Beams and sensors design in GP2, GP3) into the team. I’m extremely satisfied” declared Yann BELHOMME.

Cyrus AYARI, experienced Manager, Team-manager of the official Peugeot team at Nürburgring for 4 years, will be the Team Principal “I knew Gilles by becoming one of his sponsors in 1999, we have the same vision of sport racing. With my brothers, we dreamed of building a team, DUQUEINE Engineering is the occasion to benefit from 25 years of experience that we have in Sports Racing, marketing and event planning. We are aware of the task ahead and approach it in a very humble but extremely determined manner.”

Soheil AYARI, on top of his 7 National titles and 4 International titles, brings his technical expertise and his maximum speed. “I have known Gilles for a long time and we have a lot of respect for each other. Having been very involved in the technical choices of the teams where I raced, the creation of DUQUEINE Engineering and the challenge that Gilles has proposed to me to be a driver and Technical Director delights me.”


DUQUEINE Engineering will also have the job of connecting sports racing to the aeronautic sector. Henceforth present in the two sectors of activity, Gilles DUQUEINE wish is that the racing entity takes advantage of the knowhow of the aeronautic entity, and allow the actors in the aeronautic sector to meet around the theme of automobile racing. A number of bridges can be created between the two universes.

DUQUEINE Engineering, currently in it launch phase, will shortly finalize its sporting and technical program. “The choice of racing in the GT Tour is already certain, but our program will accompany other competitions rather like endurance, ELMS or BLANCPAIN.”

The technical plan, DUQUEINE Engineering has already made its choice: it shall be the Ferrari 458 Italia, title holder last year in the Championnat de France and in the Gentleman Trophy in the Blancpain Endurance Series. “The Ferrari 458 GT3 is a car that corresponds to our performance, reliability and image criteria. This car pleases the drivers, the partners and the fans.”

DUQUEINE Engineering will benefit from a first choice location as it will be based at Alès in the Pôle Mécanique at Alès-Cévennes.

25th anniversary of Who Works in.. books