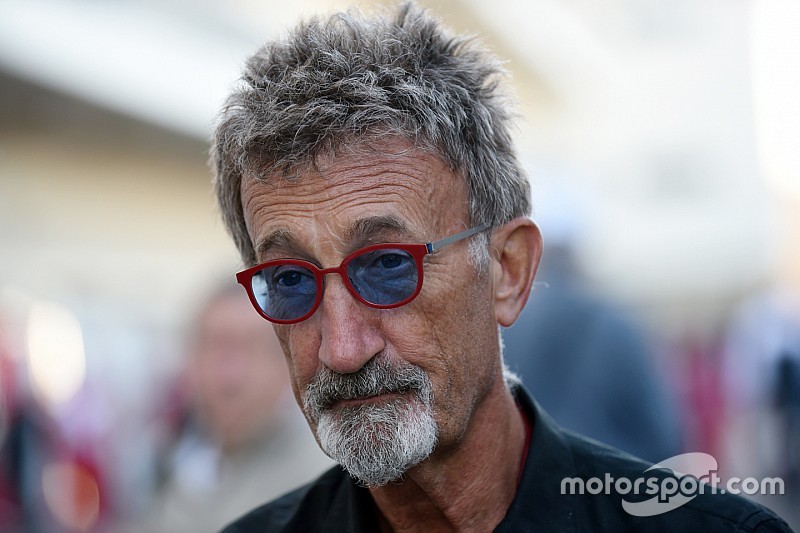 Former BBC Formula 1 pundit Eddie Jordan has been announced as one of the seven-member team for the channel's revamped Top Gear show.

After the announcement last week that American actor Matt LeBlanc would become a host, the other members of the presenting team were revealed on Thursday.

When the show returns in May, Chris Evans, LeBlanc and The Stig will be joined by Jordan, racing driver Sabine Schmitz, plus journalists Chris Harris and Rory Reid.

Jordan became known for his outspoken remarks on BBC F1's coverage, and had been linked with a move across to Channel 4's new deal.

However, he now looks set to focus on the Top Gear commitments.

"I have such enormous respect for all my fellow presenters and I politely ask that they go easy on these old bones," he said.

Harris, who has built up a strong following on YouTube, said: "Top Gear is the thing that helped shape my life with cars, my perception of cars and my obsession with cars, and I'm raring to give it a go.

"I'm also quite gobby and happy to get into trouble. And if it all goes wrong, well, I can say I was once on Top Gear, and just head back to being that annoying small bloke off YouTube," he added.

Reid was selected from an audition tape, and said he was overjoyed at having secured a role.

"When I submitted my 30-second audition tape, I knew the odds were very firmly against me," he said.

"To be the only person to make it through the open audition process makes me immensely proud.

"I've been a Top Gear fan for decades, but more than that, I live and breathe cars in a way that is perfectly compatible with the show."