Formula One - On and Off Track week 10

Formula One’s governing body, the FIA, announced a few tweaks to the 2011 regulations yesterday. After a meeting of the WMSC (World Motor Sports Council) in Paris, minor tweaks to the Safety Car Regulations were announced. The FIA press release stated: “The safety car speed limit (an approximate 40% decrease in lap time) will now be enforced over two laps instead of one. The purpose is to ensure that cars are driven at a safe speed until they reach the safety car.” The lap time will be displayed in the cockpit, and any driver who fails to comply to this rule by lapping faster, will be punished by the stewards of the race. 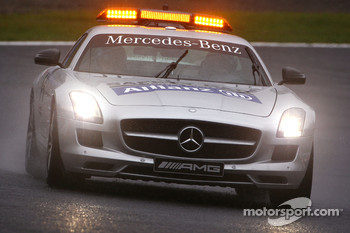 Which is good news for Lewis Hamilton and Nico Rosberg, who failed to see the red light at the exit of the pit lane during the 2008 Canadian Grand Prix, and crashed into Kimi Raikkonen who had stopped his Ferrari because he apparently was the only one who did see that red light. Also on the same circuit Juan-Pablo Montoya famously ignored the red light at the pit lane exit during the race in 2005, and was subsequently disqualified.

More interesting is the fact the FIA has reacted on Pirelli’s call to give teams the opportunity to test new tyres during a race weekend. The Italian tyre supplier is still developing their new P Zero tyres, and with an in-season testing ban it is very difficult to evaluate new rubber compounds. At ‘certain events’, the statement read, ‘one additional specification of dry weather tyre may be made available to all teams for evaluation purposes’. 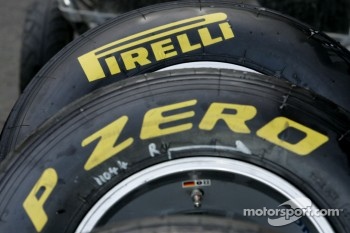 Teams will be informed one week before the relevant event, and “two sets of these tyres will be allocated to each driver for use during P1 and P2, and any such tyres must be returned to the tyre supplier before the start of P3’. Also one extra set of ‘prime’ tyres (the ones which have been allocated for the race) may be made available to all drivers, and ‘the additional set will be available for use during P1 and P2. One set of ‘prime’ tyres must then be returned to the tyre supplier after P1, and two further sets of ‘prime’ and one set of ‘option’ specification tyres returned before the start of P3.’

Pirelli’s Motorsport Director Paul Hembery was pleased with the changes. “The latest amendments to the Sporting Regulations are simply another part of our pre-season preparations as we build up to our Grand Prix debut in just over two weeks time,” he said yesterday. And added, “We needed to put in place a mechanism within the regulations now to allow us to test new tyres in a competitive context this year if necessary, and it’s great that we have this possibility open to us because we are already hard at work defining the specification of our tyres for the future.”

And last but not least, the FIA also announced that ‘the Circuit Design Group is examining Grand Prix Circuits to identify the possibility of increasing the opportunities for overtaking’, which leads to the next topic.

The seemingly eternal quest for the holy grail in Formula One, more action and more overtaking, has again reached the offices of the FIA. Despite the many measures that have already been taken like the adjustable wing, the fast degrading tyres and the re-introduction of KERS, the WMSC has decided to investigate whether circuits can be improved as well. In the past many have criticized the circuits designed by German Hermann Tilke, and blamed the German’s designs for the lack of overtaking.

Tilke designed the circuits of Sepang, Bahrain, Shanghai, Istanbul, Singapore, Valencia, Yas Marina and the circuit in Korea. The Yas Marina Circuit in Abu Dhabi has been under fire ever since Vitaly Petrov and Fernando Alonso last year demonstrated that overtaking on the modern by Tilke designed circuits is virtually impossible.

McLaren team principal Martin Whitmarsh last year already called for an overhaul of the Abu Dhabi circuit, but this week said Formula One shouldn’t be too critical about the organizers of the Yas Marina venue, because they did deliver a spectacular circuit with spectacular architectural features like the high-tech pit complex and the Yas Marina Hotel. 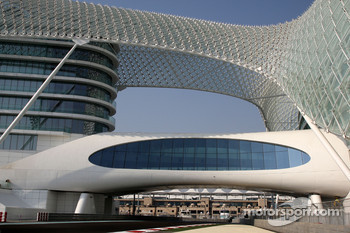 “But on the other hand,” Whitmarsh said, “you could call it an opportunity missed if they have one of the longest straights in Formula One and a chicane at the end of it with only one possible line.” Whitmarsh explained his point of view, “So when you start something new in the desert and with no apparent structural or financial limitations, it is a pity that we don't go the easy route and copy some of the greatest corners in the world.”

Others have also criticized the Tilke designs, but the German has also designed a circuit like Istanbul, where the corner sequence that starts at Turn nine has be come a classic like Eau Rouge in Spa-Francorchamps, and has now become the favorite corner sequence of many Grand Prix drivers.

Tilke is currently involved in the design of the Jaypee circuit in India and the Austin Grand Prix circuit in the United States. The Austin circuit is still in its primary development and building stage, and therefore it might be a good idea for the organizers and promoters of the race, together with the FIA and Tilke, to carefully review the overtaking possibilities before they start working on the track itself. A circuit that looks good is nice, but a circuit that presents many overtaking possibilities is even better.

Williams Grand Prix Holdings PLC successfully debuted on the Frankfurt-based Deutsche Börse Group last week. With the stock flotation Williams expect to cash an estimated 60 million Euros of equity. Most of the shares come from Williams co-founder Patrick Head who will reduce his stake from 23.5 per cent to 5.8 per cent, while owner Sir Frank Williams sold a 6.4 percent of his stake in the Oxfordshire-based team. Williams still has a 50.3 per cent share in the team, which means he is still the majority shareholder and remains the one who pulls the strings and makes the decisions. 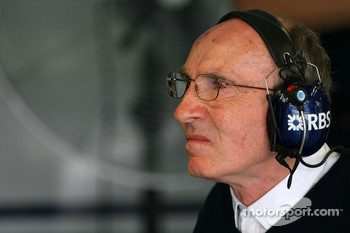 “Our listing marks a new era in the history of the team. Williams' future as an independent constructor is sustained by this listing, providing us the base from which to grow further. Williams offers a unique opportunity to investors, and the response to the offering is recognition of this,” Sir Frank said about the flotation.

Although the price fell from 25.25 Euro to 24.30 Euro on its debut on the Frankfurt stock exchange, the price is now stable, one share of Williams Grand Prix Holdings PLC is today listed for 24.08 Euro. The move was met with some skepticism, as many believe Williams wants to raise extra money after the team had lost a number of important sponsors at the end of last year.

Company Chairman Adam Parr denied Williams is looking for an injection of fresh capital, and has said the flotation would not generate any extra revenues. He instead stated that the flotation would provide ‘a more sustainable ownership structure that will support [the team’s] growth as an independent constructor’.

Williams added that any investor buying more than one percent of the shares would be able to join the team at Grand Prix weekends. A Dutch investment company, Cyrte Investments, probably couldn’t resist the offer, and have bought five percent of the outstanding shares. Frank Botman, CEO of Cyrte Investments, commented: "This investment sees Cyrte and Williams create a strategic partnership in which we will assist the team to further develop its potential in all commercial aspects of its business. It will also afford Cyrte a platform from which to participate in the growth of Formula One.”

FOM CEO Bernie Ecclestone was also enthusiastic about the Williams flotation, “If I could buy shares in the company I would.”

Join us again next week for another episode of “Formula One: On and off track”

Formula One - On and Off Track week 9