Gill named Motorsports Person of the Year in FMSCI award 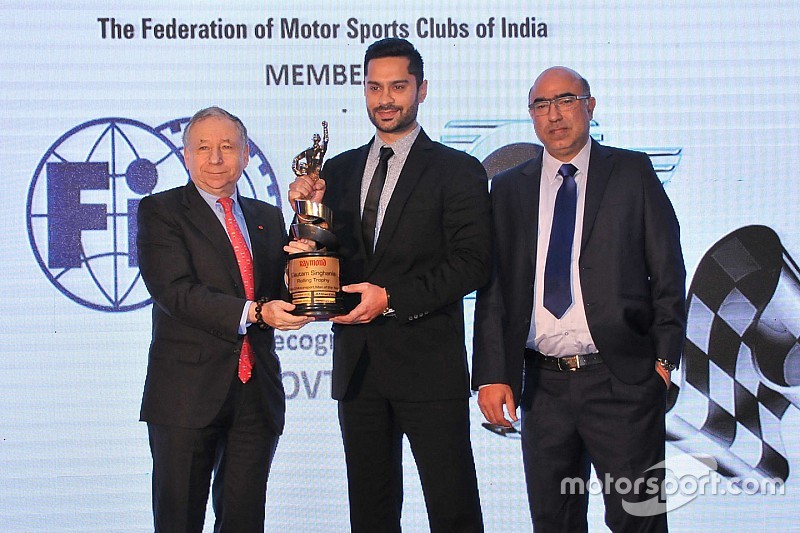 Two-time Asia Pacific Rally Champion Gaurav Gill has been honoured with the Motorsports Person of the Year Award at the annual Federation of Motor Sports CIubs of India prize gala.

On the occasion of the 43rd anniversary of India's motorsport governing body, the FMSCI, an award ceremony was held in Park Hyatt, Hyderabad to felicitate the achievements of Indian drivers and riders.

“This is a special day for motor sports as the FMSCI was formed exactly on this day, 44 years ago,” newly-elected FMSCI President Akbar Ebrahim said.

“I am proud to say that we had as many as 350 tournaments through the year, which makes us the third most active motor sporting country in Asia,” he added.

The award ceremony was headlined by FIA President Jean Todt, who made his second visit to India in the last 12 months.

"You are a country of over a billion people. We have a great challenge ahead of us. But it provides us so many wonderful opportunities too," Todt said.

“India has always been a very strong federation in the FIA and I want to tell you that you now have a very strong ally in me to develop motor sport in the country,” he added.

At the awards, Gill was felicitated with the most prestigious honour of all, the Motorsports Person of the Year Award, after his stellar campaign in APRC, where he swept the season with six victories.

“It’s an honour to receive the trophy from Mr Todt, one of the legends in the world of racing,” said Gill after receiving the award for a third time.

“I will have to win it again and again so that it stays in my cabinet,” he quipped, referring to the fact that it’s a rolling trophy.

Meanwhile, B. Vijay Kumar was honoured with the Lifetime Achievement Award for his extensive contribution towards motorsport.

The Coimbatore-based businessman is responsible for building the Kari Motor Speedway, one of India’s only three purpose-built race tracks.

Also, D Vidya Prakash, a former racer, was felicitated as he celebrated 50 years of competition in motorsports.

Several other Indian drivers were recognised for raising the tri-colour internationally, with Armaan Ebrahim (Lamborghini Super Trofeo), Jehan Daruvala (TRS) and Akash Gowda (Formula 4 SEA) being the most notable ones at the senior level.

A concerted effort was made to promote women in motorsport, with five different winners chosen under Outstanding Women in Motorsport Award across various disciplines.

Mira Erda took the honours in karting, Sneha Sharma was recognised for her performances in JK LGB, while Bani Yadav won the top award among the female rally drivers. Aishwarya Pissay and Shruthi Nagarajan were jointly honoured for their achievements in two-wheel racing.