The collection celebrates Piola’s five decades and over 800 Grands Prix as Formula 1’s foremost technical journalist and artist, with a stylish and retro feel. 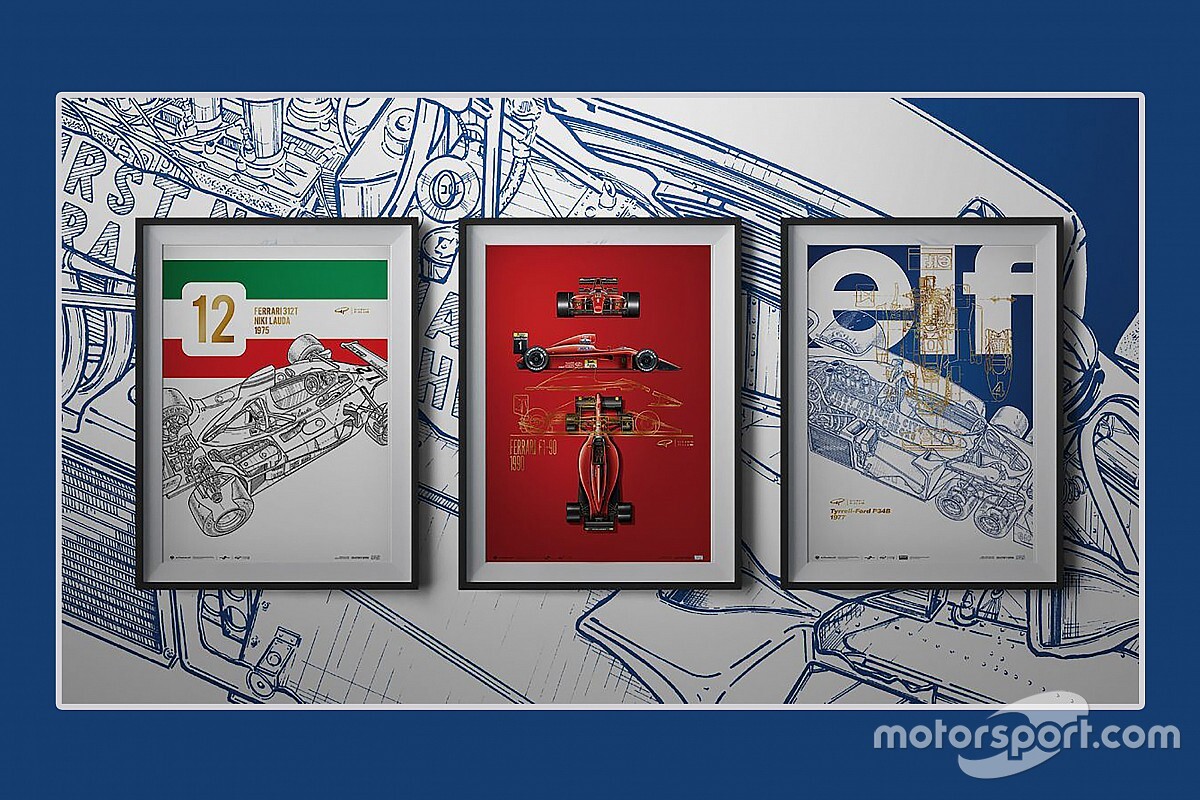 Motorsport Network and Giorgio Piola have released a new deluxe poster series made up of six artworks in partnership with Automobilist.

The six artworks depict the six-wheeled Tyrrell P34B, Niki Lauda’s winning Ferrari 312 T and the Ferrari F1-90, both as a technical drawing Edition and a second version as a Collector’s Edition with an intricate hot-foil golden emboss finish. Each car was chosen for its historic prowess and beautiful design, with the F1-90 considered one of the most beautiful Formula One cars of all time.

Amidst the shuffling of drivers and personal in Formula One, Piola remains as a constant. Having started his career in the F1 paddock at Monaco in 1969, he has seen the evolution of the cars and their design through technical breakthroughs such as active suspension and double diffusers. His methodical eye-for-detail places him as one of Formula One’s most respected and revered technical analysts in the sport.

The partnership of Piola, Motorsport Network, and Automobilist goes makes perfect sense, as all share a passion for one of the world’s most visceral sports. The need to capture the emotions of a moment in history or a moment that will become history in motorsport is something is high in the list of objectives for anything produced, a factor that is evident in the new six-artwork series.

Automobilist specializes in 3D and CGI renditions of famous cars from the world of motorsport, having pre-existing partnerships with Formula One, World Rally Championship, and 24 Hours of Le Mans. They have, in the past, produced artworks for some of the most celebrated names in Formula One: Lewis Hamilton, Michael Schumacher, and Sir Jackie Stewart.This first collection marks the beginning of a collaborative partnership between Automobilist and Motorsport Network, with more exciting projects due to be announced later this year.