INGRAM BECOMES 2010 GINETTA JUNIOR CHAMPION & SECURES PRIZE BTCC TEST High Wycombe teenager Tom Ingram is the 2010 Ginetta Junior Champion after securing his 12th podium finish of the campaign during the penultimate round of the season at Brands ...

High Wycombe teenager Tom Ingram is the 2010 Ginetta Junior Champion after securing his 12th podium finish of the campaign during the penultimate round of the season at Brands Hatch Indy Circuit this afternoon, Saturday, 9th October.

Along with the spoils of victory, the 17-year-old Hillspeed racer has also won a coveted prize test drive in a Pirtek Racing Vauxhall Vectra -- as campaigned in the Dunlop MSA British Touring Car Championship this year by Andrew Jordan.

Starting today's 19th round from third on the grid, Ingram held station throughout the race and that would have been enough to give him the championship. But when sole title rival Jake Hill crashed out from second place on the penultimate lap while attempting to take the lead from eventual race winner Louise Richardson, the 2010 crown was Ingram's.

"There are so many people to thank this year, all of my sponsors have been tremendous and the guys at Hillspeed have been incredible -- it's been such a team effort all season", said the new champion, "They're the best bunch of lads I know, they work so hard for every extra millisecond.

"In the race, I just had to wait in third and see what happened. I knew if I stayed there and kept out of trouble I could win the championship today. It's amazing to have achieved it and the prize of the touring car test drive really is a dream come true, it's going to be absolutely unbelievable! It's hard for Jake (Hill) for it to end the way it did but he's been a great rival and we've had some great races."

Richardson qualified her TJ Motorsport-run Ginetta G40 on pole position with a great effort during qualifying this morning to edge out Hill -- with whom she is now embroiled in a very tight scrap for the Vice-Champion's position in the driver standings -- by just 0.097 seconds.

At the start of round 19, Richardson and Hill made relatively even getaways with the pole-sitter holding on to her advantage through Paddock Hill Bend and Hill maintaining second ahead of title rival Ingram. Behind, Alex Austin rocketed up the order from ninth on the grid to move into the top five just behind Sarah Moore -- the opposite true for Fannin who slipped down to eighth.

On lap two, Morris dropped back from sixth to eighth after running slightly wide out of Paddock Hill Bend but, other than that, the order at the front remained relatively static. The most entertaining battle involved Morris, Domene and William Foster who ran nose to tail battling over seventh place.

Domene's race started to come unstuck though on the fifth tour when a trip through the gravel on the outside of Hailwood Hill forced him to slip back to 13th position, enabling Morris to take seventh and allowing Foster to move into the top eight.

At the front, Richardson continued to hold off Hill and Ingram with Hill posting the fastest lap and new lap record on the sixth circuit with a lap of 56.864 seconds (75.88mph) to gain a bonus point.

On lap nine the Safety Car was deployed due to a tangle involving Domene and Ryan Ratcliffe at the exit of Paddock Hill Bend on the previous tour. With the Ginetta G40 pace car circulating for four laps, round 19 came down to a two lap dash with Hill knowing he had to gain points on Ingram by getting ahead of Richardson.

At the re-start the Tollbar driver got a good slingshot into Paddock around the outside of Richardson but as the leader held her ground on the inside line, Hill just didn't have the grip needed and slid wide into the gravel and an instant retirement -- the end of his title bid.

With Ingram moving up into second place, assured of the championship whatever happened over the last couple of miles, Richardson cruised to her second victory of the season and, coupled with Hill's failure to finish, she heads into tomorrow's 20th round within two points of the local Kent racer.

Sarah Moore bagged her second podium of the year with a fine third place, Austin held a deserved fourth to mark an overdue return to the sharp-end and Fannin took his best result in eight races with fifth position ahead of Morris. Foster equalled his season's best finish of seventh with Tom Howard eighth, Jake Giddings ninth and Max Coates 10th.

Speaking on her superb win, Richardson said: "Second in the championship is definitely open to us now. Coming into this weekend we knew we definitely had third so we'd got nothing to lose. It's the last time I'm going to be able to drive this car as I'll be too old to compete in Ginetta Junior next year so we're just having some fun this weekend, going out there and enjoying it."

Third placed Sarah Moore -- girlfriend of fellow competitor Jake Hill -- added: "It was a good race for me but I'm really disappointed for Jake, I'm gutted for him so that's who my bottle of champagne is going to this weekend. We needed to get on the podium to help try and get a deal lined up for next year -- maybe in Ginetta G50. I'll be pushing hard for another podium tomorrow."

Round 20, the final race of the 2010 Ginetta Junior Championship, will take place at approximately 12.10 tomorrow, Sunday, 10th October, and will be screened live on Freeview, cable and digital satellite channel ITV4. Richardson will line-up on pole position once again ahead of Hill, Ingram, Fannin, Domene and Sarah Moore. 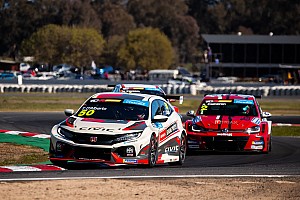 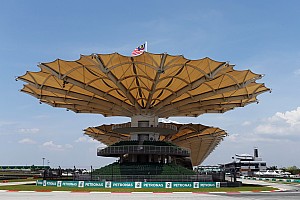