The Goodwood Festival of Speed will go ahead this year after being chosen as a pilot event as part of the UK government's Events Research Programme.

Last week's announcement that the final stage of the government's roadmap out of lockdown had been delayed cast serious doubts over the viability of the event with Goodwood saying it would issue an update in due course about the 8-11 July extravaganza.

The delayed easing of restrictions until at least the 19 July would've limited spectator numbers to just 4000 but now the Festival of Speed has been chosen as a pilot event it doesn't have to stick to this cap.

Instead, all ticket, hospitality and grandstand pass holders will be able to attend as planned and a limited number of Thursday tickets are still available to purchase.

As a pilot event, all those attending will have to abide by additional restrictions laid out by the government.

This means that all attendees need to have either had both doses of the coronavirus vaccine 14 days beforehand or have proof of a negative result from a lateral flow test. 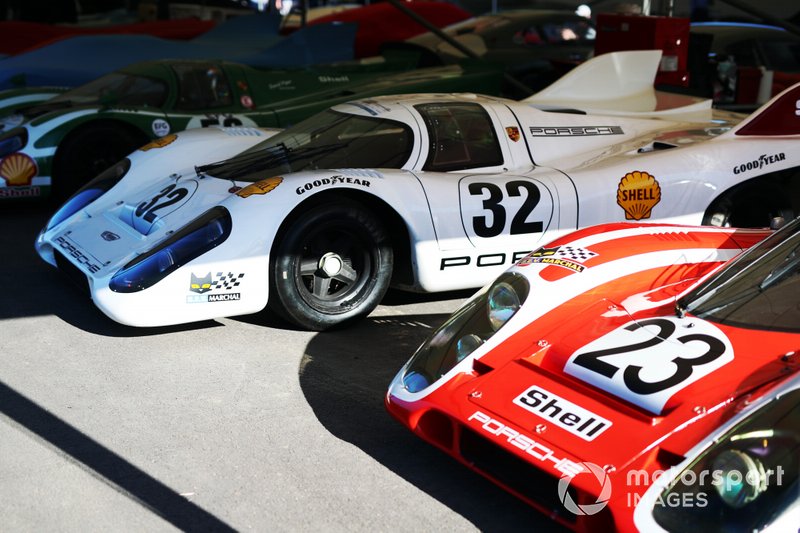 Porsche 917 at the Goodwood Festival of Speed

Further information will be sent out to ticket holders in the coming days.

The Festival of Speed is the first motorsport event to be included as part of the pilot scheme and it joins major sporting fixtures such as the Euro 2020 football matches at Wembley as being able to accommodate more fans than the present rules allow.

Sports minister Nigel Huddleston said: "We are continuing to expand the Events Research Programme's remit to include more of our iconic cultural and sporting events and the Goodwood Festival of Speed will now return for the first time since the pandemic broke.

"Festival goers will now be able to enjoy the raw horsepower of Goodwood's legendary automotive, aeronautical and equine offerings up close thanks to our tremendous vaccine rollout and the increasingly popular use of the NHS App to prove your COVID status."

The theme of this year's Festival of Speed is 'The Maestros - Motorsport's Great All-Rounders' and a number of the current Formula 1 squads are due to be in attendance.

All three of Goodwood's main motorsport events were cancelled last year as a result of the pandemic and instead a behind-closed-doors SpeedWeek meeting was held.

This year's Members' Meeting has been pushed back to October from its traditional spring date in a bid to avoid the fixture becoming another event axed due to COVID-19.

Motorsport Network was a winner at the latest edition of the Motorsport Australia National Awards.

Many series are currently on summer break, but Motorsport.tv has all the biggest action with British Superbike Championship, Porsche Cup Brasil and GP3R, all live on Motorsport.tv.

Wanneroo Park Raceway, home of the Perth Supercars round, has been renamed as part of a new naming rights sponsorship deal.

More details have been revealed about Rodin’s new closed-cockpit FZERO hypercar, which it intends will offer greater performance than Formula 1 machinery.