Former IndyCar champions Ryan Hunter-Reay and Josef Newgarden have joined the line-up for this month's Race of Champions in Mexico. 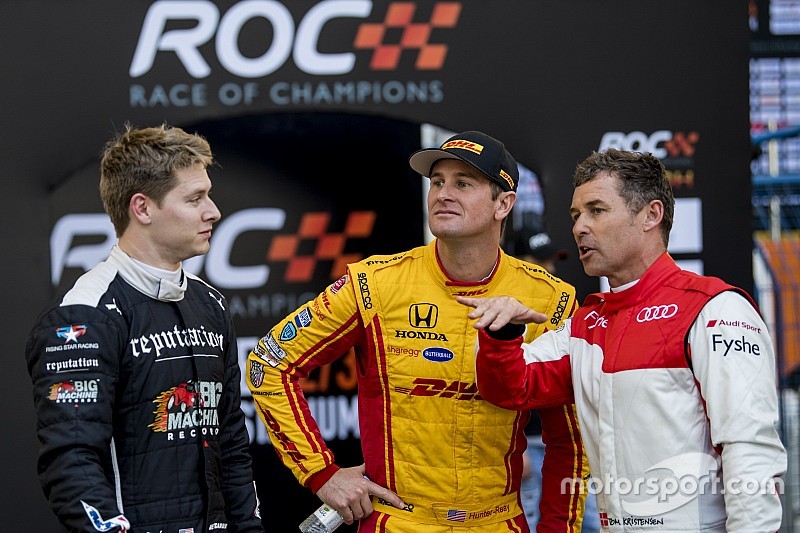 The duo will represent Team USA in the Nations Cup in the January 19-20 event.

Hunter-Reay, the 2012 IndyCar champion and 2014 Indy 500 winner, made his debut in the Race of Champions in Bangkok in 2012 and has been a regular in the event since.

"I'm delighted to be making my sixth straight appearance at the Race Of Champions," Hunter-Reay said.

"I'm proud to represent America, IndyCar and the Indianapolis 500 and I look forward to hearing the noise of the crowds in Mexico City, where the passion for motorsport is huge."

Newgarden, the winner of the IndyCar title in 2017, had already partnered Hunter-Reay in the Race of Champions last year, when the Penske driver competed in the event for the first time.

The pair were knocked out in the group stages of the Nations Cup.

"I've always been a big fan of the Race Of Champions. It's incredible to get to join the event and go head-to-head with so many talented drivers from all forms of motorsport," said Newgarden, who was knocked out in the quarterfinals in last year's ROC in the individual event.

"Experience is a big advantage at the Race Of Champions so I'm pumped to be competing for the second year in a row. But there's also a strong class of rookies this year and they often end up doing well because they don't come in with high expectations.

"The key is to be able to adapt quickly. There are so many different driving styles required across the cars in the competition. Whoever's the best at acclimating to each car the quickest will have the best chance at a win…"