Lola Cars brand and technical assets put up for sale

British sportscar constructor and former Formula 1 entrant Lola has been put up for sale in a move that could result in the storied brand's return to modern motorsport.

Lola's Technology Centre and windtunnel facility has been open to offers since 2018 but now the brand itself, trademarks and technical archive are also available.

Lola designed and produced nearly 5000 cars between 1958 and 2012, scoring success in many branches of motorsport including endurance racing, Indycar, Formula 5000 and junior single-seaters.

John Surtees took a pole position and two second places in F1 with Lola machinery in 1962, and the marque also provided cars for single-make categories, such as A1GP and post-1995 Formula 3000, as well as touring cars with MG.

Founder Eric Broadley ran Lola until 1997, when businessman and former racer Martin Birrane bought it and invested in new facilities.

The factory closed its doors on race car production in 2012, but the Lola name has since continued to be part of modern motorsport through the ongoing services of the Lola Technical Centre, which has continued to provide windtunnel testing and associated services to a small number of race teams as well as road-vehicle manufacturers.

A Lola statement said: "Martin Birrane cherished 'everything Lola' and his family's goal is now to find a buyer with the necessary ambition, tenacity and drive to write the next chapter in Lola's illustrious 62-year history.

"The preference is to sell everything in one single package, but consideration will be given to separate sales of the windtunnel and the Lola assets. The guide-price is £7million pounds sterling.

"It is anticipated that this opportunity will be of interest to someone looking to restore the Lola brand's position in modern motorsport, providing third-party engineering services, supplying genuine Lola spares to support the thousands of Lola cars that still race today, manufacturing continuation cars such as the iconic Lola Mk1 and T70, and producing Lola race cars and roadgoing supercars."

As well as the 10,500 sq. ft. Lola Technical Centre and windtunnel, the sale includes the Lola Brand, its registered trademarks, an extensive technical drawing library and various items of tooling, equipment, windtunnel spares and a seven-post chassis development rig.

Also included is the specialist tooling Lola recommissioned in order to manufacture a small batch of T70 Mk3B continuation cars for historic racing. 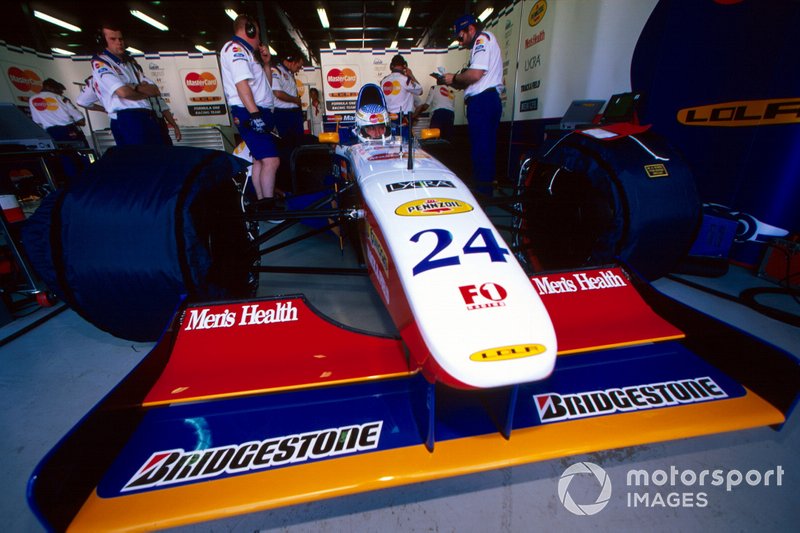 2020 Autosport Awards: All the winners, voted for by readers