The Madras Motor Race Track conducted a four-hour floodlit test on Wednesday as it steps up its preparation for hosting India’s first night race.

The 3.7km circuit around the outskirts of Chennai was lit through temporary floodlight towers, while cars themselves carried headlamps to supplement the visibility levels.

The circuit had previously made it clear that it does not aim to replicate Formula 1 races in Singapore, Bahrain or Abu Dhabi, where thousands of floodlights combine to provide day-like illumination.

Instead, the Madras Motor Sport Club has taken inspiration from the Le Mans 24 Hours, and the primary purpose of the lights is to assist marshal in spotting accidents and retrieving stranded vehicles.

Chandhok, who has first-hand experience of night racing from his Le Mans exploits, said: “The visibility was much better than what I expected. Everyone at the club knows the areas to improve.

“I think night racing is entirely doable with saloon cars, but with single-seaters, I think there is still a lot of work to do.

“A huge amount of investment is required to get the level of lighting up to what you need for single-seaters.

“Aditya [Patel] and I raced each other in saloon cars and were doing 1:55.4, 1:55.0. That is the pace what people do during daytime. So, it shows the level of lighting is good to race at night with a little improvement.”

Each driver went through a mandatory pre-session briefing, before being allowed on track under the floodlights.

Volkswagen Motorsport India provided race-spec Polo, Vento and Ameo cars for hire, while several drivers chose to bring their own cars. In total, over a 100 cars completed the test, up from the 40 figure that was initially targeted. 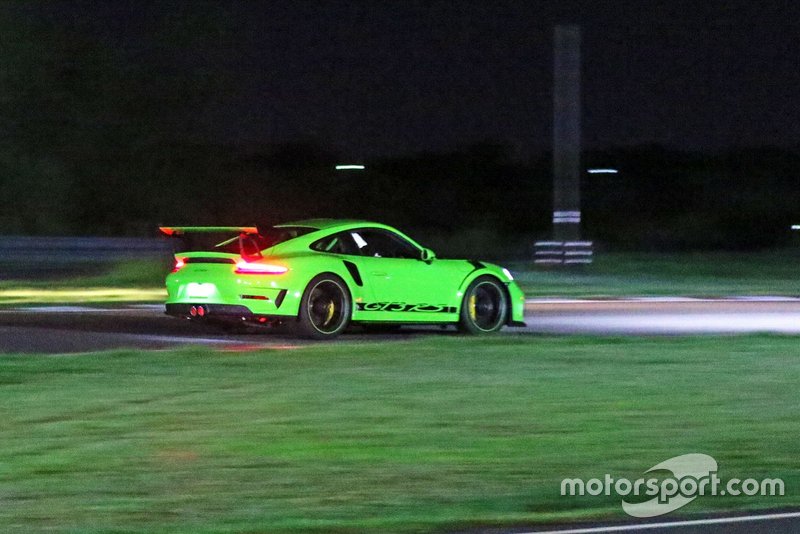 MMSC president Ajit Thomson was pleased with how the first test went, but admitted that work needs to be done on the lighting system to make the track suitable for saloon car racing at night.

The club plans to eventually have a permanent lighting system in place.

MMSC president Ajit Thomas said: “We have some temporary lighting in place as a test, but if we are going to do this on a long-term basis, we will be getting a higher grade lighting on the track.

"The response has been great with a cross-section of drivers – beginners and professionals. Based on this response and interest, we are hopeful of running a few events. Initially, may be more track days, some short events and then endurance races.”

Vicky Chandhok added: “I go strictly by the reactions of the participants. The fact that they are smiling ear-to-ear is really important for me.

“Going by the lap times of the pro drivers, they have matched those done during the day. We will have to make the lighting a bit more brighter.

“Overall, it is nice to see people having a great time here. We are trying to make motorsport fun and develop more fans to come here and enjoy themselves as against serious, hardcore racing.”