The Madras Motor Race Track near Chennai is seriously evaluating the possibility of hosting races in reverse direction in the coming months, the Vice President of Madras Motor Sports Club Vicky Chandhok has confirmed.

MMSC has identified 56 changes needed to the track, primarily dealing with location and type of barriers, to safety host motor races in anti-clockwise direction.

The original plan was to test the new layout in August, however it has since been pushed back to ensure the new track meets the safety standards.

The track, located on the outskirts of Chennai, will separately host a test session under temporary lights on August 7 with the view of hosting night races as early as this year.

“I wanted to run anti-clockwise in August,” Chandhok told reporters including Motorsport.com India. “I’m going to have to delay that because we’ve done an evaluation, we’ve got 56 changes to the track to be made.

“It’s going to be a good 6-8 weeks needed to shift the armco barriers. People think you want to run in reverse, ‘flip around and just keep going round and round’. It’s not that easy.

“We’ve done the evaluation, we are doing a track inspection  [on Sunday] to see how much time we really need to put together the anti-clockwise.” 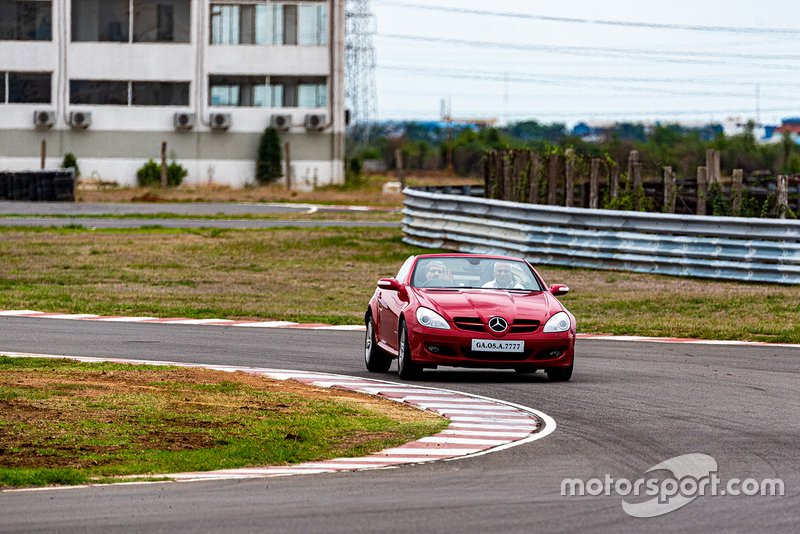 The MMRT has emerged as the most-used race track in India following a massive multi-crore upgrade, which included building a new pit complex and resurfacing the circuit itself.

At the same time, the Kari Motor Speedway in Coimbatore is not used for more than one round of the MRF National Car Racing Championship and the National Motorcycle Racing Championship, while the Buddh International Circuit is not on either championship’s 2019 calendar.

This has created the problem of repetition for the drivers, something that could be solved by hosting races in both directions at MMRT.

However, Chandhok stressed that the MMSC will only go ahead with the reverse layout should it be satisfied with the safety measures put in place.

“The anti-clockwise will make it a different track, that’s also a part of it,” he said. “But I’m not going to push that unless we are absolutely clear on safety.”