Vettel: Schumacher would be proud to watch Mick 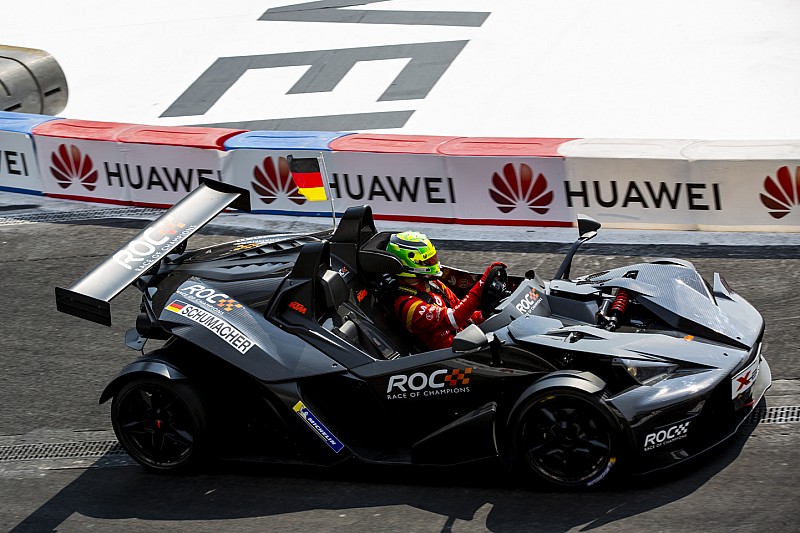 Mick Schumacher and Vettel joined forces to drive for Team Germany in the Nations Cup element of last weekend’s Race of Champions, and made it to the final before losing to Team Nordic’s Tom Kristensen and Johan Kristoffersson.

Schumacher won the 2018 European Formula 3 title and has been confirmed as part of the Ferrari Driver Academy for 2019, making him an F1 junior of the team his father won five world titles with.

Michael Schumacher has not been seen in public since suffering a severe head injury in a late-2013 skiing accident.

Vettel said it was “very special” to be partnered with Mick, having won the Nations Cup with Michael six years in a row from 2007 to 2012.

“I remember my first appearance and looking up to Michael, and now I’m a little bit older and teaming up with Mick,” said Vettel at the 2019 RoC in Mexico, before he was knocked out of the individual contest in the heat stage.

“We all know it would be more special to have Michael here [at the events] to witness the performance of Mick today. We still miss him. But I’m sure he would be proud of his son.”

Schumacher was a two-time RoC finalist in 2007 and 2009, losing to Mattias Ekstrom both times, between his first F1 career and his three-year spell with Mercedes before retiring for good.

After following in his father’s footsteps by making his RoC debut and representing Germany last weekend, Mick Schumacher will now be formally affiliated with Ferrari – the team his father took 72 of his 91 F1 wins for.

Alongside his rookie Formula 2 campaign with Prema, Schumacher’s new FDA role could facilitate his maiden F1 test with Ferrari or one of its customer teams.

“I’m hugely proud to be able to work with Ferrari, such a great team and huge amount of history, especially combined with my dad,” Schumacher told Motorsport.tv in Mexico last weekend.

“I’m really proud to be able to be part of it. All our hearts are very red.”