Seeing a vintage Lotus Formula 1 car for the first time was like looking at a scale model built for one of those spoiled rich kids seen only on reality TV.

Before spoilers and aerodynamics became a staple, speed was found by shaving as much weight as possible. Yes the engine and tires were large, but only proportionately so. The body itself seemed to be the size of a small canoe. 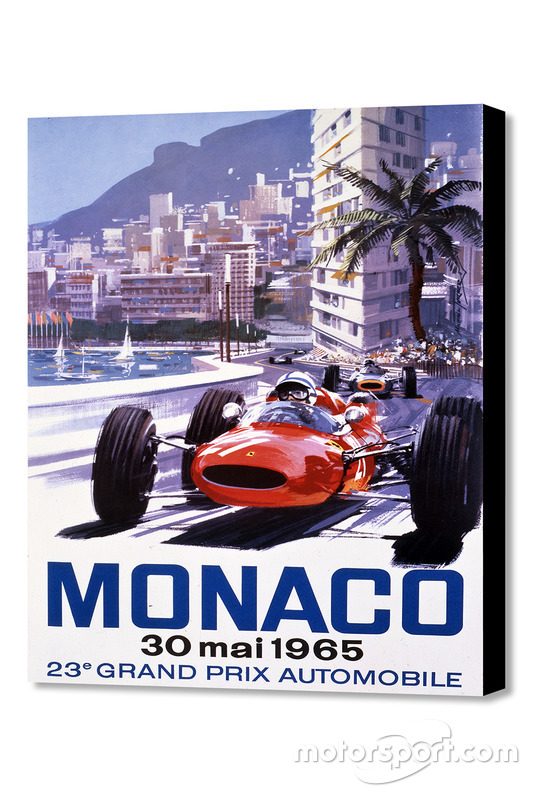 Seeing this minimalist machine in all its pre-crash-test glory really drove home just how dangerous racing used to be. Just a bunch of sheet metal – and maybe a patch of leather – separated driver from death. Mistakes could be and often were fatal. Yet we still romanticize this classic era of racing mainly because lives truly were on the line. 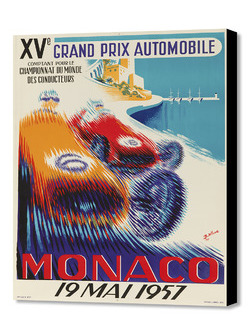 We can’t even begin to imagine taking one of these thin-skinned machines around the track at Monaco Grand Prix at 10mph, let alone racing speeds. But in 1968, 18 drivers did just that.

Due to a series of accidents, mechanical failures and other unfortunate events, only five cars actually finished the race, with driver Graham Hill taking first place in his Lotus-Ford.

Let’s give some credit to the other two finishers: Ludovico Scarfiotti and his Cooper-BRM came in fourth place, also four laps down. And Denny Hulme in his McLaren-Ford finished fifth, five laps down.

And as mentioned earlier, the rest of the field retired due to accidents or mechanical failures. We like to imagine that, when their race was over, the other drivers spent the rest of their race weekend soaking up the beauty and glamour of the picturesque principality. 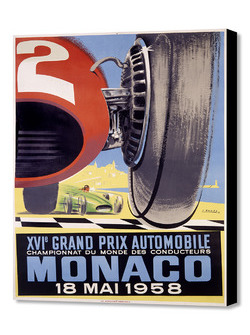 While many will never get close to living that Monaco dream, you can via this Monaco 25, 26 Mai 1968 vintage art print.

It’s a piece of art in every sense of the word, and just staring at it makes us wish we could travel back in time and experience all the glory of that era. Or at the very least, admiring the artistic brushwork would make us think about taking another crack at art school.

Score one of these classic Monaco prints here.