Motorsport.com had the opportunity to get an early glimpse of the upcoming PC version of the popular Motorsport Manager mobile game, developed by Playsport Games with support from Sega.

Motorsport Manager began its life as mobile app for Android and Apple devices back in 2014, and found great success, becoming the top-selling game in 10 countries.

Now the team lead by Christian West has built an all-new experience from the ground up, specifically for PC, Linux and Mac, due for release in September.

"As motorsport fans, we’ve been waiting to play a game like this for a long time," said West, founder and CTO of Playsport Games.

"That was how the original Motorsport Manager for mobile devices came about." 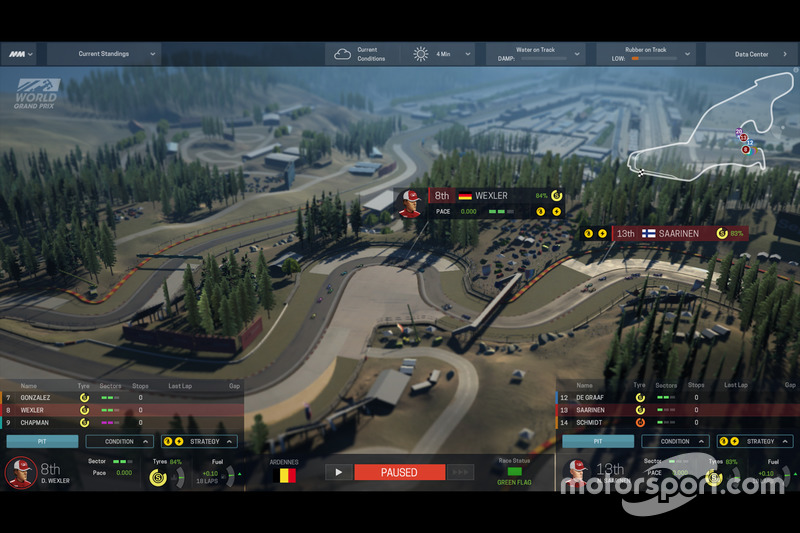 It was that passion that drove the team of developers to spend countless hours on research in order to get down to the nitty-gritty of areas such as car development, contract negotiations or race-day strategy.

"A lot of the knowledge comes from being a motorsport fan for so long," explained West. "As people started playing mobile game, we had them contact us.

"I had conversations with people who are driver representatives, who are involved in contract negotiations, getting sponsors for the drivers. They've been down to the office few times. I also live with the guy who works in aerodynamics for a racing team."

For those familiar with the mobile version of the game, its PC guise will be an entirely different ball game: "We wanted to take that experience to the next level by building an all new version of Motorsport Manager for PC with massively enhanced gameplay and unparalleled depth."

"The biggest difference is the power that comes with the PC platform," said West. "We can do a lot more visually and graphically. The environment is nice 3D-rendered circuits with different flavours and characters.

"That also applies to the simulation itself – there are 3D cars on a circuit. You can see the overtakes, you'll be able to see the smoke coming out from the back of the car when something breaks down.

"You can also see the rain on the camera. So in comparison to the mobile [version] is just that extra bit of depth and that extra visual fidelity." 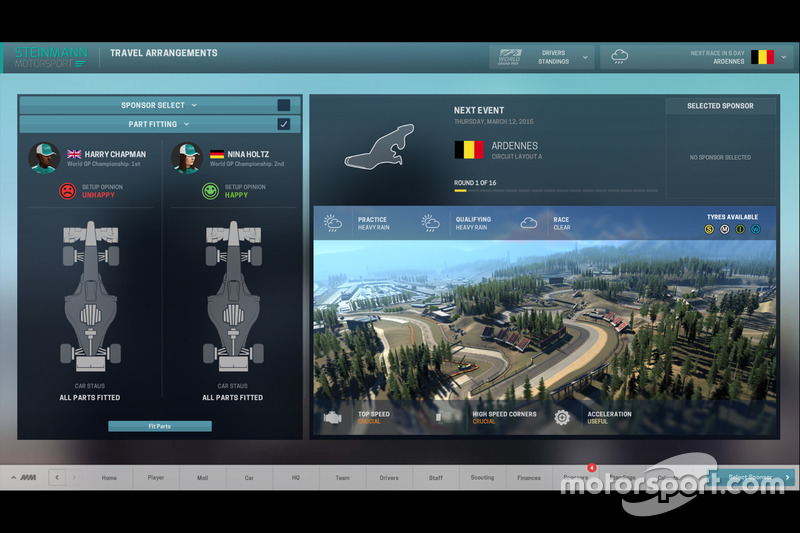 The team also took into account the feedback received from the community of users of the mobile version, such as more in-depth car development.

"There was a lot of features that people talked about wanting from the perfect motorsport management game," adds Sam White, co-founder & art director at Playsport Games.

"This game is for motorsport fans and we wanted to make it a game that they've wanted as well."

West went on to explain that Sega was instrumental in the development of the game: "We're a small team and a small development studio making a quite complicated game in terms of structure.

"Sega helped us, tested it and made sure that, when we release it in September, it's going to be bug-free. Without them, we wouldn't be able to do that."

Funnily enough, the link between Playsport and Sega came about rather accidentally: "I saw on Twitter that Miles [Jacobson, the man behind Football Manger] was playing the [mobile] game and I messaged him on there.

"He came down near the end of April last year and saw the early stuff that we've done for PC and took it to the guys at Sega saying: 'This is good. These guys are talented. We should work with them'."

Running a top-notch racing team is, without any doubt, a colossal task. And that means there's always a chance the game could be too complicated even for die-hard fans.

"We've done a lot of work making sure that the stuff is presented in a nice, manageable way and the game is split into chunks so that you're only ever thinking about smaller parts of it," West reassured.

"When you working on the car, you've got all the information there, knowing what circuit is coming up.

"We've learned a lot from the mobile game in terms of presenting that to player and accessibility, and the game guides players through. We also have a tutorial system that we spent a lot of time testing." 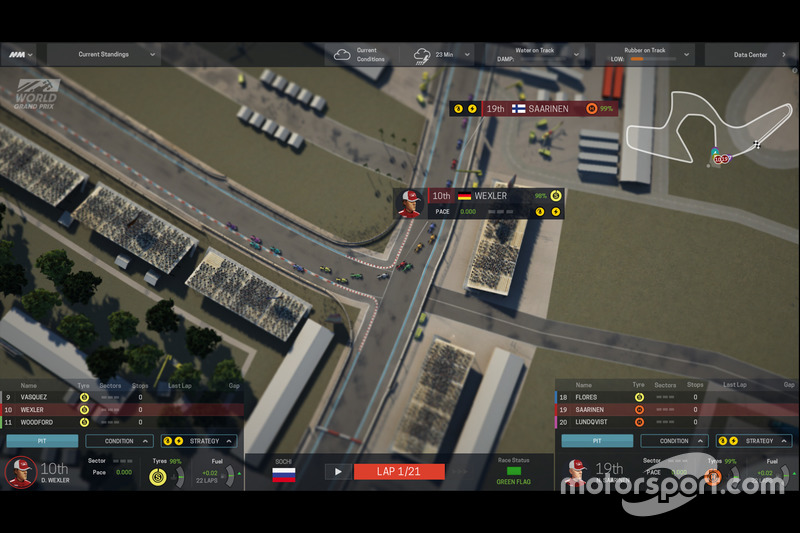 As such, the game can help players understand how driving style or engine mapping can impact areas such as tyre wear and fuel management, or how teams play their strategies - for example, letting one of their cars open a gap out front while the other tries to back up the field.

Said West: "In the mobile version, we found that at its heart it's a very good strategy game.

"And we've been tweeted quite a few times from people who it was introduced to as a strategy game and they've became fans of the sport themselves. Hopefully we get that scenario again."

It's hard to predict what the future holds for Motorsport Manager, and even harder to imagine that the game's adepts would be able to give Toto Wolff or Christian Horner a run for their money.

Then again, less than a decade ago, the prospect of a sim-racer hitting the track in a real race car seemed equally unlikely, and today Nissan and PlayStation, via their GT Academy program, turn gamers into racers year-by-year.

And things like that, however rare, do happen with management games as well - take the story of Vugar Huseynzade, who was appointed manager of FC Baku’s reserve team thanks to his results in Football Manager.

But Football Manager is established - and whether Playsport can turn its own fledgling franchise into a staple of the management genre is something we'll only get a good indication of come September. 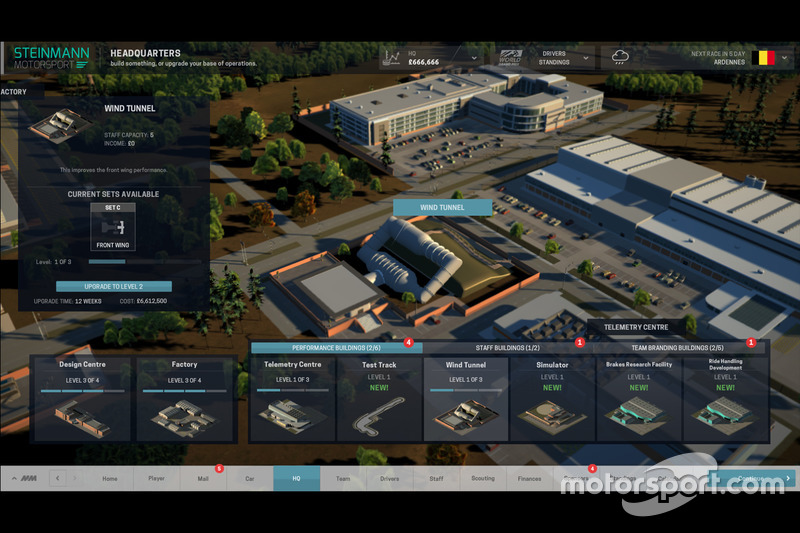