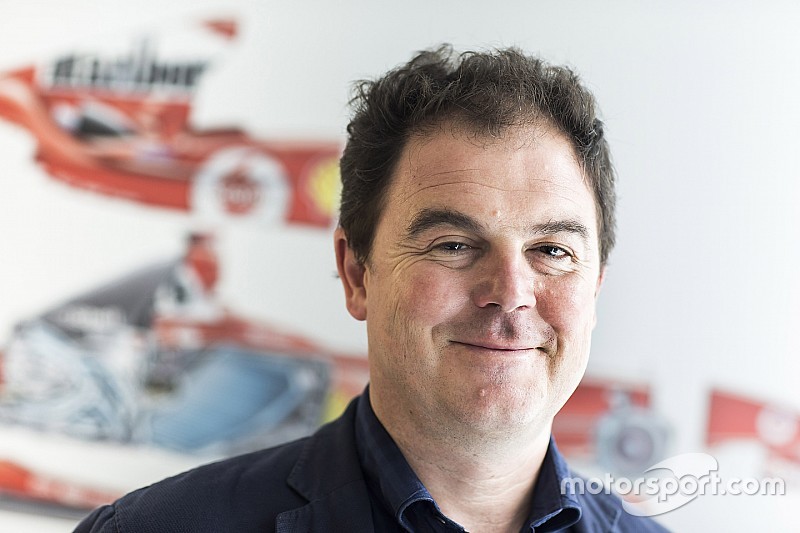 Allen, one of the most highly respected voices in Formula 1 – will become an integral part of the network's F1 coverage in a deal which also encompasses video production.

Allen is familiar to millions of motorsport fans worldwide through his long association with BBC and ITV, whose F1 coverage was also carried across the English speaking world. He began his on screen F1 career with ESPN in 1993, transferring to ITV in 1997.

During a 12-year stint with the UK-based TV network, he became its lead commentator in 2001, replacing the legendary Murray Walker.

He later became BBC F1 Correspondent and has been the official interviewer for the FIA F1 press conferences since 2012.

Allen began his career as an press officer with the Brabham F1 team before being headhunted to become News Editor for Autosport Magazine - now another part of Motorsport Network.

Seeing the shift in the media landscape, he launched his blog website www.jamesallenonF1.com in 2009. It has become one of the world's most popular F1 blogs, with class-leading content strands including the UBS Race Strategy Report, which will now be carried on Motorsport Network.

Allen Content will also produce a number of major video projects, which will be featured on the sites and also seen on Motorsport Network's Motorsport.tv television channel and online platforms.

"I'm really excited to be making this move at this time and becoming part of the Motorsport Network team," Allen said.

"I've always been one to embrace change and with so much movement in our industry, this is the right moment and the right project.

"For the past 18 months I have been working in parallel with the Motorsport Network team on various projects. In that time I have seen an organization consolidating its prodigious assets, acquiring others of importance and setting a clear vision for the future; a vision that spans motorsport and automotive, gaming, events, commerce and technology.

"My experience over 28 years as a commentator and journalist in F1 has been with media organisations like BBC, ITV, ESPN and the Financial Times.

"At the same time, building my own web site, James Allen on F1, has taught me a lot about how to engage fans using the new digital tools and platforms. "I'm delighted to be bringing my business into the Motorsport Network and look forward to developing it with the new management team."

Motorsport.com and its parent company, Motorsport Network, have experienced rapid growth in the past two years to become the world's largest independent automotive and motorsport-related digital platform connecting hundreds of millions of people that love motorsport and cars.

Allen will play an important part in the ongoing development of Motorsport Network's video content according to CEO, Colin Smith.

"Motorsport Network has been working with James on a number of projects and we are thrilled to now have him as a full time member of our team," Smith said. "Having a world-class commentator and producer like James will play a key role in enhancing our video content for fans around the world.

"This is an important step in the development of our video platforms following the acquisition of Motorsport.tv last year and having the likes of respected commentator Peter Windsor, and our new Motorsport.tv President, Kevin Annison, join us as well.

"Online video is going to continue to play an ever-growing role on our platforms and James will be a vital part in that development."