A visit to this Gulf gem is about so much more than track action.

Bahrain has been part of Formula 1 history since 2004, and every year, motorsport fans travel to the Arabian Gulf for the first night race on the calendar. Taking place right at the start of the season, track action is fast and fascinating as teams jostle to make their mark as the ‘ones to beat’.

With everything to play for, the Bahrain circuit has seen some of Formula 1’s most exciting moments, from Fernando Alonso winning his first race for Ferrari in 2010 to Lewis Hamilton and Nico Rosberg’s epic teammate battle in 2014. Not forgetting, of course, Ferrari’s dramatic 2019 race where Sebastian Vettel span out and engine failure left his teammate Charles Leclerc’s first place finish in tatters – though he managed to hold on to P3 to achieve his first podium finish in F1.

Suffice to say – if you’re looking for on-track action, Bahrain is a must for your Formula 1 bucket list.

But there’s a whole lot more to experience in Bahrain than what’s taking place at the circuit. From cultural hotspots to traditional food, there’s something to suit every taste – and all within a relatively small area – which is why Bahrain is an ideal destination for those looking to build a short break around their F1 experience.

The Kingdom of Bahrain is a must-see for fans of history and archaeology. Boasting three UNESCO World Heritage Sites, you can step back in time with a horseback ride out to the Bahrain Fort (Qal’at al-Bahrain) or explore the expansive necropolis of the Dilmun Burial Mounds. Bahrain is famous for its pearls, which many consider to be the best in the world. The Bahrain Pearling Trail will let you follow the journey from diving and discovery to palaces and merchant houses, introducing you to the opulence of Arabic culture and architecture along the way.

If you’re interested in tracing Bahrain’s pearl history back to its source, the country is home to the world’s largest underwater theme park, offering divers the chance to explore a whole new world on the ocean floor. From traditional pearl merchants’ houses and dhows to a 747 jumbo jet, carefully crafted structures form hubs for new coral life to grow on, creating a remarkable new marine environment to explore.

Trace the roots of Bahrain’s trading heritage with a visit to the Manama Souq, the capital’s oldest bazaar. Browse the myriad stalls and haggle for your own little piece of Bahraini culture to take home with you – or why not visit one of the traditional restaurants, such as Haji’s Café, for a real taste of authentic Bahraini food.

If architecture is of interest, no visit to Bahrain would be complete without a tour of the stunning Al Fateh Mosque. One of the largest examples in the world, the Grand Mosque is more than 6,500 square metres in size and can host more than 7,000 worshippers at any one time. Although not the oldest example of its kind (the mosque was built in the 1980s), it is the most richly decorated mosque in the country.

A night in Bahrain goes far beyond dancing and drinking. The city is a metropolis full of trendy bars, live music, clubs and lounges. The city is young, vibrant and always up for a night out.  During the race weekend, the place to see and be seen is Block 338 – Bahrain’s social hotspot. From traditional Bahraini food to global cuisine, the dining scene here reflects Bahrain’s multicultural heritage – with Arabian, Indian and European influences making for a tasty array of treats to try.

Whatever your preferences, a visit to Bahrain promises an extraordinary experience.

Experience the action in Bahrain now with ST Sports - Packages from £730pp including flights, 3 night’s accommodation and Grandstand tickets. 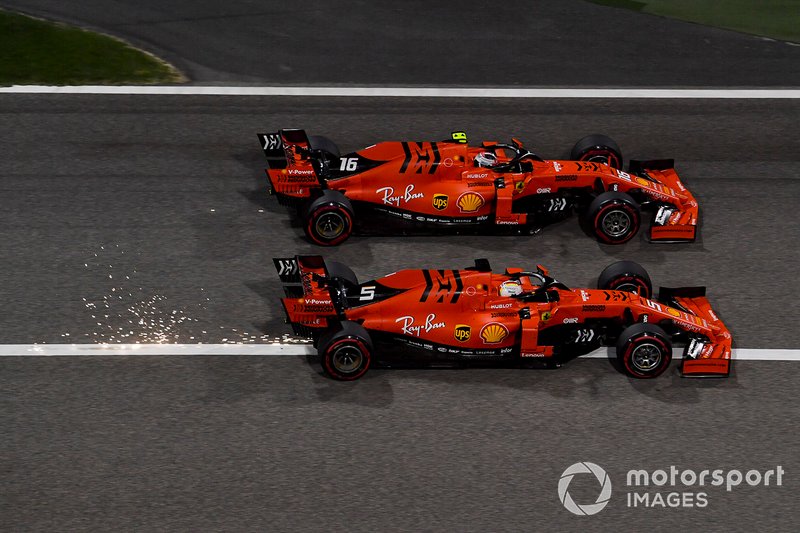