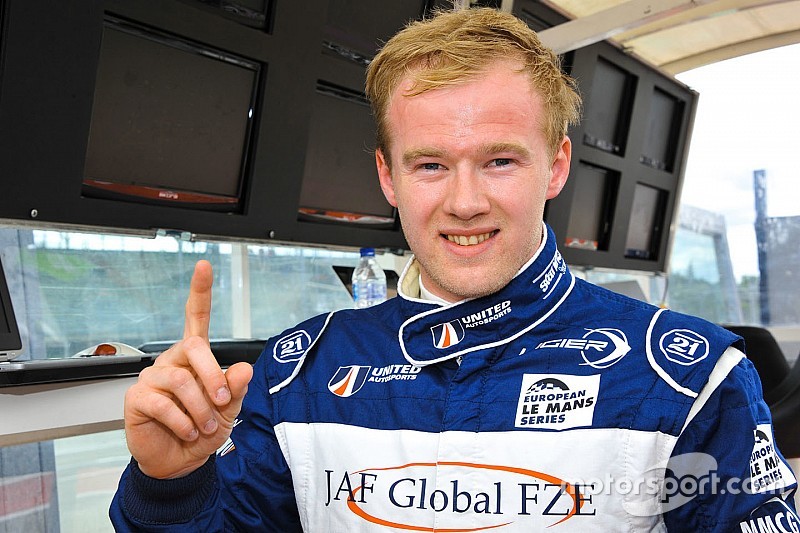 United Autosports have confirmed Wayne Boyd will join their Prototype Cup team for the inaugural race at Snetterton on 8-9 October.

Wayne will replace Matteo Bobbi, who now has Formula One commentary commitments at the Japanese Grand Prix that weekend. Wayne will race alongside Jay Palmer in the Ligier JS P3. Wayne is currently racing in the European Le Mans Series with United Autosports, alongside Mark Patterson and Matt Bell. He has previously raced in Formula Ford - winning the championship in 2008 - USF2000 in America, he has won the Walter Hayes Trophy, and is the only person to have won the Brands Hatch Formula Ford Festival twice.

The Prototype Cup race weekend will begin on Saturday 8th October, with a 20-minute free practice session and a 20-minute qualifying. On Sunday 9th October, drivers will have a 10-minute warm up, with the 60-minute race beginning later that day.

The full calendar of British Prototype Cup races in 2017 will be confirmed soon.

Wayne Boyd, driver, United Autosports: “I’m delighted to be able to race in the first Prototype Cup event. Any opportunity to drive with United Autosports in a Ligier JS P3, you have to jump at. I’m also very much looking forward to working with Jay. He has great experience in endurance racing and showed very good pace at the previous Snetterton tests so we have to feel confident. This will be my first time racing on the new layout. Last time I raced at Snetterton was in British F3 in 2009 so things have changed a little.”

Richard Dean, Team Owner and Managing Director, United Autosports: “It’s a shame that Matteo is no longer able to join us for the British Prototype Cup next week, but I’m glad that Wayne had stepped in to join Jay. We have some great line ups for the race and it’s shaping up to be a good event.”