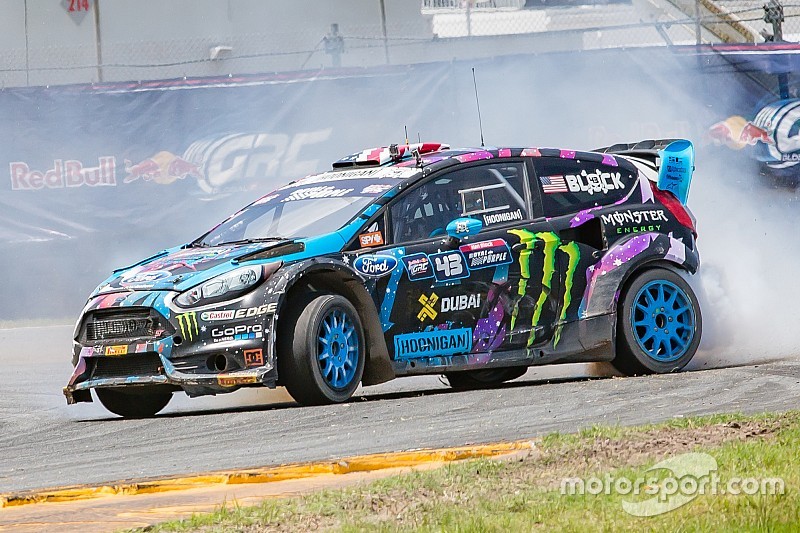 “It was quite an eventful time,” Block said after the race. “I was happy with second place and taking home some good points, but I ended up with the win. I’m the all-time winningest GRC driver now with six wins, so that’s pretty cool. I’m really stoked—that’s just a testament to how hard my team and I work.”

Block and Sandell each won both of their heat races to set up a face-off in the final, with the Swedish driver muscling past to take an early, and sizable, lead.

But with three laps to go, Sandell encountered a mechanical issue, allowing the field to drive past him.

“I was so focused on getting a good start that I just braked a bit late to make sure that I had the momentum to get through the first corner, and it took me a little wide,” Block explained. “Patrik got around me on the inside. He was pulling away from me a little bit, but then I saw some smoke and some fire from his car.

“I don’t know what happened, but I just had to find the right spot to get by him and make sure people didn’t catch up to me.”