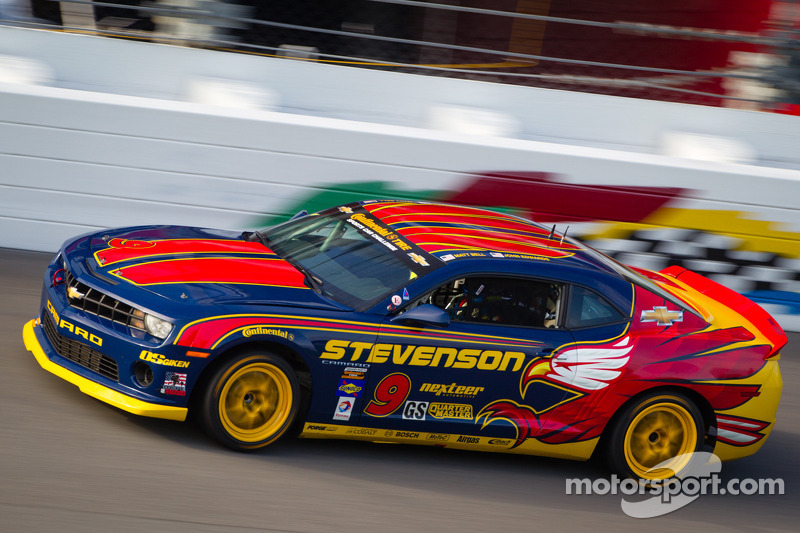 The young American duo is looking forward to their third consecutive season co-driving together in the GS Camaro. Stevenson Motorsports will run a car in the Rolex series GT class.

Stevenson Motorsports will build on a strong 2012 GRAND-AM Continental Tire Sports Car Challenge season and pursue the 2013 Championship with two young talents as John Edwards and Matt Bell have been signed to share the driving duties in the No. 9 Stevenson Auto Group Chevrolet Camaro. 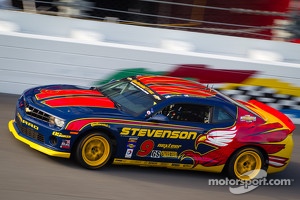 The young American duo is looking forward to their third consecutive season co-driving together in the GRAND-AM ranks, having scored poles, wins, and strong championship runs in their first two seasons together.

The Stevenson Motorsports Continental Tire Sports Car Challenge (CTSCC) campaign will be concentrated on the No. 9 Camaro entry as the team looks to bring its extensive experience with the Camaro to bear in 2013.

The 2012 effort, which saw Edwards miss two races following a non-racing related injury, got off to a slow start in the opening rounds.

But a fifth place finish for Bell and Edwards at Mid-Ohio kicked off a strong close to the season as Stevenson booked six top-10 finishes and one win as Bell closed out the season second in the Drivers Championship.

The team will compete in both the Rolex Sports Car Series GT class as well as in CTSCC, which Team Manager Michael Johnson sees as an advantage.

“We like running in both series because, just like what you see with the guys in NASCAR Sprint Cup and Nationwide, the drivers are able to pick up information in one series and it helps them in the other,” said Johnson, who also calls the race strategy for the team.

“For me, it also helps each weekend with our strategy because you get an idea of what the race is going to do as far as cautions, and having that additional information can be key.

Hopefully, having the continuity of Matt and John back with us for the full season, we can be consistently competitive this year and really factor into this championship.”

Stevenson was the first to compete with the Camaro in CTSCC competition when the entry debuted in the 2010 season-finale race at VIR.

Ever since, Stevenson has been at the leading edge with the iconic American muscle machine, bringing the Bowtie its first pole and win in GRAND-AM competition.

“We’re always learning about the car and it is always getting better,” said Bell. “Being second in the driver championship and third in the team points, we had a good year last year and sorted out a lot of things with set up and reliability.

So now it’s down to how fast can we make a street Camaro go against these Porsches and BMWs and now the Aston Martin, which is basically a GT4 car. So I think we are doing quite well, and if luck is in our favor, it could be a season where we take it.

“Last year Matt finished second in the Drivers Championship, and we had a horrible start to the year so I think this year we just need to stay out of trouble in those early races,” said Edwards.

“In the Continental Tire series you never know what can happen--the race that we had the hardest impacts last year was the only race we won! So you just have to make what you can out of it.

As far as actually getting the car down I think we’re in the best spot we’ve been in the two years I’ve been here. This year I’m taking better care of myself and planning to stay in it for the whole season.

I think if we can maintain that consistency with our new engineering program and we have the consistency of Matt (Bell) and I staying together for a third year, I think we can win a couple races and hopefully fight for the championship at the end.”