Bourdais and Kaffer join Starworks for Six Hours of The Glen

June 27, 2013 - Sébastien Bourdais and Pierre Kaffer will join the Starworks Motorsport team at this week’s Sahlen's Six Hours of The Glen, Watkins Glen, NY, June 28-30, 2013 - the second round of the North American Endurance Championship and seventh round of the Rolex Sports Car Series. 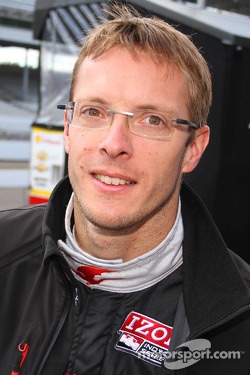 In 2012 Starworks Motorsport came home on the podium in third place at the end of the Six Hours. It will be Alex Popow's fourth visit to WGI where the inaugural NAEC Driver Champion scored his first podium. He is consistently quick here and considers it one if his favourite tracks.

The Fort Lauderdale-based squad achieved its first three-in-a-row podiums in the Rolex Series with a P3 finish at the last round at Mid-Ohio. The #2 Starworks is currently third in the Championship on 171 points and fourth in the NAEP (DP class).

"Thanks to Alex and Peter, I am really happy to go back to Watkins Glen after last year’s performances and to reunite with Alex and Ryan makes it even better. My season hasn’t been very enjoyable so far, so it would be great to finally get things going and win this one would be pretty sweet!”

"It is great to be driving with the Starworks team for the first time. I raced at The Glen some years ago in GT, but this is also my first time to drive in a DP car. I am already comfortable in my seat, which I am trying right now, and am really looking forward to driving alongside Brendon and Scott this weekend."

“It’s a bit like a family reunion this weekend. Sébastien's first drive was with us at this race a year ago, and it’s been great ever since. He podiumed both times at The Glen for us last year and it was an initiation by fire as he learned about all the bumping and pushing that takes place in Daytona Prototype racing. He quickly got the hang of it and had a monster run at Indy for the inaugural Brickyard win, and again helping the team with the 1-2 finish at the 2nd Glen race in August. 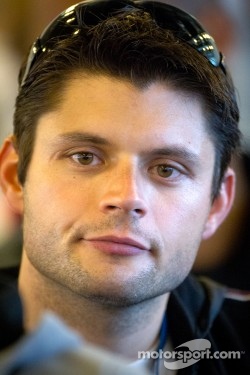 “Alex, Ryan and Sébastien all get along well and Sébastien's driving style fits in perfectly to compliment them - so he’s an easy third driver to fit in. I'm certain, with our track record at the faster circuits last year, the 2 car will be one of the favorites for the win this weekend and we are just as excited to see Pierre Kaffer go in the 8 car.

“Much like Brendon's run at COTA, where he nearly got the win, we expect the same speed to be there from Pierre. Ryan and I competed against him in the WEC and knew he was someone we wanted to put in our cars. When Ryan and Alex did the Abu Dhabi 12 hour this past winter, Pierre, with all his Ferrari GT experience, was our first choice as a team mate. We think he will easily adapt as he has won at the highest international levels in both GT and Prototype racing. If we can get off to a clean start, I'm confident that the 8 car will be dicing for the win as well!”

8Star Motorsports will have two cars competing at Watkins Glen