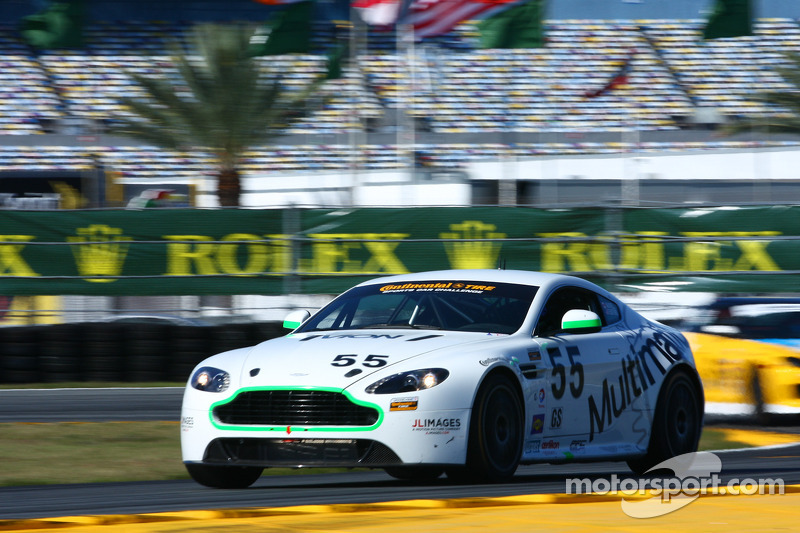 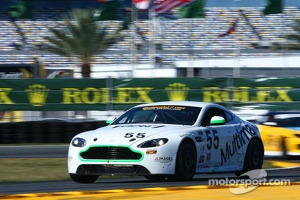 In qualifying on Thursday, Buford, drove the No. 55 Multimatic Motorsports Aston Martin Vantage to a best lap of 1:56.512 (109.997 mph) for his first career pole position in the Grand Sport (GS) class. Officials ended the GS session after determining the track could not be cleared following an incident involving Dr. Jim Norman five minutes into the GS session, but the 24-year-old wasn’t complaining.

“This shows a lot of the hard work from the team from over the offseason,” said Buford, who co-drives with Scott Maxwell. “That showed when we were fast right after unloading off the truck. This is GRAND-AM, so you never know how tomorrow’s race is going to go. It could be crazy – so it’s not bad to be up front.”

Ellis may want to think of relocating to Daytona Beach after Thursday. The Ashburn, Va., driver earned his second career Street Tuner (ST) pole position at Daytona in three years. His time of 2:06.109 (101.626 mph) in i-Moto Racing’s Mazdaspeed 3 came on his final lap. 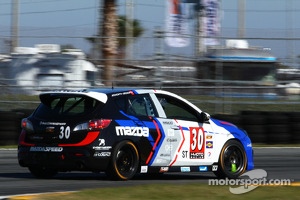 “I got a huge draft on my last lap,” Ellis said. “The only time I won a pole in GRAND-AM I also won the race (Daytona in 2011). I’m really happy to be back up front, and really happy to do it at Daytona. Obviously, this is one of my favorite tracks.”

Tyler Cooke was second in ST qualifying with a lap of 2:06.159 (101.586 mph), driving the No. 81 BMW 328i for BimmerWorld Racing. Rookie Mikey Taylor just missed the pole in his Continental Tire Sports Car Challenge debut after leading the majority of the session. He finished third in qualifying at 2:06.391 (101.400 mph) in the No. 171 APR Motorsports Volkswagen Jetta.