Daytona Beach, Fla. – Underscoring the cooperative spirit of their merger announced last September, GRAND-AM Road Racing and the American Le Mans Series presented by Tequila Patrón today unveiled the initial concept for the organizations’ unified competition class structure that will debut in January 2014 at the 52nd running of the Rolex 24 At Daytona.

The lineup – in effect for the 2014 and 2015 seasons – is based on a philosophy of inclusion. The majority of classes from both the GRAND-AM Rolex Sports Car Series and the ALMS will be retained with the exception of the ALMS’ P1 prototype class.

Individual class names have yet to be determined. The planned structure:

Specifications for all classes still are being determined and will be announced later this year. In addition, there will be continued discussion regarding the increasing inclusion of green technologies in the new unified series.

“This is a ‘best of both worlds’ approach that reflects the fact we have a true merger evolving on a daily basis,” said GRAND-AM Managing Director of Competition Richard Buck. 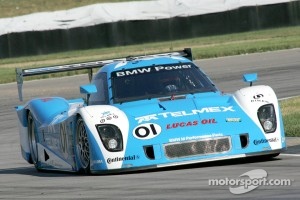 “And this announcement is only a first step in solidifying our class structure. Our organizations’ respective competition departments are working diligently on balance of performance for the top prototype class, plus overall class specifications across the board.

“This process is not being rushed. We are carefully gathering input from drivers, teams and stakeholders throughout the sports car industry, emphasizing inclusion, as we work toward a simple – but also complex – goal: we want to get it right the first time.”

We could not have reached these decisions as rapidly as we did without that assistance. Many factors were taken into consideration for this initial conceptual lineup, but the priority was to enable as many current competitors as possible to continue racing with their existing equipment.

“We also want to thank the Automobile Club de l'Ouest (ACO) for its input as we strive to maintain the important ability of teams to qualify for and race in the 24 Hours of Le Mans.”