Five Scottish drivers are in the solid U.K. contingent expected for 51st Rolex 24 at Daytona. Ryan Dalziel and Dario Franchitti are past winners of the challenging race.

Scottish drivers are among the favorites to sweep all three classes at the Jan. 26-27 Rolex 24 At Daytona, joined by a strong British group of drivers anticipated to compete in the 2013 GRAND-AM Rolex Sports Car Series opener.

Ryan Dalziel, Dario Franchitti and Allan McNish are among the favorites in the lead Daytona Prototype class. Robin Liddell is a top contender to take honors in the production-based GT category, while Marino Franchitti looks to score the inaugural victory in the new GX class.

Daytona has been a race that has given me happiness but also left me frustrated.

Dalziel and Dario Franchitti are both former winners of the classic at Daytona International Speedway. Dalziel – who won in 2010 – looks to help McNish to his first overall triumph when the pair co-drive the No. 2 Starworks Motorsport Ford/Riley with Alex Popow and Sebastien Bourdais.

“I’m looking forward to going back to Daytona and targeting that elusive victory for the team and myself,” said McNish, a native of Dumfries who finished second overall in the event three times – winning the GT class with a runner-up showing in his Daytona debut in 1998.

“Daytona has been a race that has given me happiness but also left me frustrated,” added McNish. “I have found contesting the Rolex 24 is a very good way to focus on the coming season after the winter break. It allows me to ‘shake off the cobwebs’ and, although a 24 hour race is a hard way to start the year, it’s very good in terms of physical fitness and a race mentality point of view.”

Coatbridge native Dalziel won the pole for the 2012 Daytona classic and went on to finish second in the DP championship. He went on to have a breakthrough campaign, winning his class in the 12 Hours of Sebring, 24 Hours of Le Mans and Petit Le Mans, in addition to winning the FIA World Endurance Championship for Starworks. 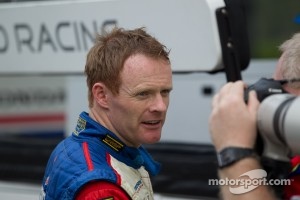 Dario Franchitti won with Target/TELMEX Chip Ganassi Racing with Felix Sabates in 2007. The native of Edinburgh and three-time Indianapolis 500 winner returns to the No. 02 BMW/Riley, where he will be joined by English driver Charlie Kimball of Chertsey – making his Rolex 24 debut – plus Scott Dixon and Jamie McMurray.

Liddell, a native of Edinburgh now living in Berkshire, returns to the lineup of the No. 57 Stevenson Auto Group Chevrolet Camaro. He was the GT winner of the 2004 Rolex 24, and has won 18 races in Rolex Series GT competition.

Marino Franchitti – younger brother of the four-time IndyCar champion – rejoins SpeedSource in the No. 70 Mazda. He will co-drive with Sylvain Tremblay and Jonathan Bomarito, looking to give the South Florida team its third Rolex 24 victory.

Spirit of Daytona will have two British drivers in the No. 90 Corvette DP, with three-time 2012 winner Richard Westbrook joined by Oliver Gavin of Northamptonshire. Ricky Taylor and Spanish driver Antonio Garcia complete the lineup. 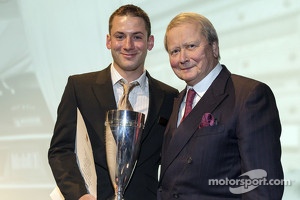 Defending Rolex 24 overall winner Justin Wilson of Sheffield is expected to return to the No. 60 Michael Shank Racing Ford/Riley, joined by Ozz Negri and John Pew.

British drivers competing in the GT class include 2012 Porsche Cup winner Nick Tandy of Bedford, England, in the No. 26 Orbit Racing Porsche GT3, and Damien Faulkner of Dublin, Ireland, who will drive the No. 23 WeatherTech Porsche GT3 for Alex Job Racing.

The next on-track activity for both the GRAND-AM Rolex Series and Continental Tire Sports Car Challenge will be the Roar Before the Rolex 24 test at Daytona International Speedway on Jan. 4-6.