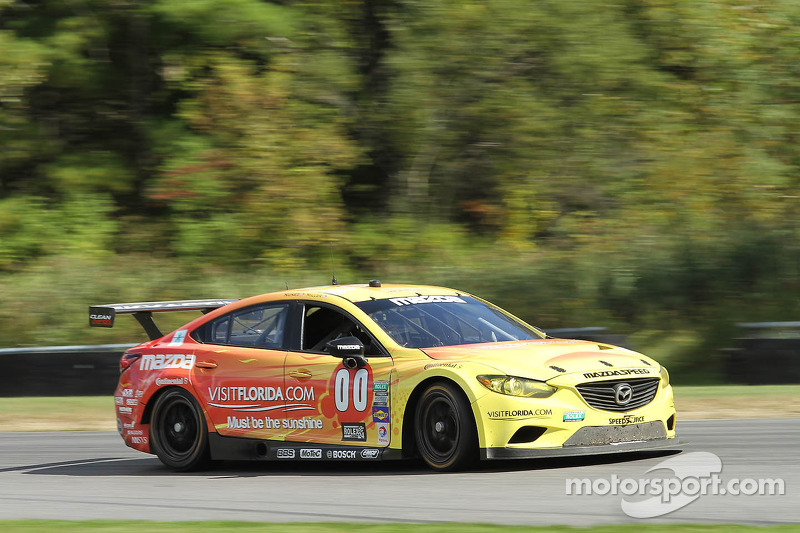 Lime Rock, Conn. - Mazda closed out the inaugural season of the GX class, during the final year of the Rolex Grand-Am championship, with another race win and another championship. The #70 Castrol Edge SpeedSource Mazda6 SKYACTIV-D Clean Diesel scored the final GX race win at Lime Rock Park today, delivering Mazda more hardware for the trophy case, including the coveted manufacturers championship.

In twelve races, the SpeedSource Mazda team scored five wins for the #00 VISITFLORIDA.com Mazda6 and four wins for the #70 Castrol Edge Mazda6. The season highlights were many: 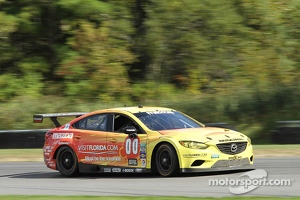 John Doonan, Director, Mazda Motorsports, Mazda North American Operations: “This year has been nothing short of amazing. To start an all-new program, during the final year of Grand-Am competition was an enormous task. We succeeded thanks to incredible efforts by everyone at Mazda and SpeedSource and our great partners at Castrol and VISITFLORIDA.com.

Everyone from drivers Sylvain Tremblay, Tom Long, Joel Miller, Tristan Nunez, Andrew Carbonell and YojiroTerada to the engineering and office staff made sure we had 100% all year long. We’re thrilled to be making history by winning the GX manufacturers championship with a production-based Mazda SKYACTIV-D Clean Diesel. This is an achievement that we share with all of our Mazda dealers and our fans.”

Sylvain Tremblay, SpeedSource Engineering: “The two words that summarize this season are courage and efficiency. It was courageous of Mazda to develop this engine in competition. It would have been much easier to sit out 2013 waiting for the new United SportsCar series rather than testing in public.

To score nine wins is a tribute to the hard work from everyone at Mazda, SpeedSource and our partners. The efficiency is what the SKYACTIV technology delivered. We ran today on a single stop. It was an amazing performance from a production engine.”

Tom Long Co-driver #70 Mazda6: “This championship speaks volume for Mazda SKYACTIV technology and clean diesel. I couldn’t be more proud to be a part of this great team and a great family. Today it was rough with so much on-track action. We survived a close call on lap two, but never missed a beat all race.”

The all-new SKYACTIV-D Clean Diesel engine in the all-new Mazda6 is a true production based engine. The engine is 51% stock by parts count, and 63% stock by weight. Mazda chose this path as it is the most honest way to demonstrate the quality, durability, and reliability of Mazda cars.

On Friday afternoon, the Mazda teams closed out the 2013 Continental Tire Sports Car Challenge ST season with a first time series win for Joel Miller and Tristan Nunez in a Freedom Autosport Mazda MX-5. It was the sixth win of the 11 race season for Mazda – more than BMW, Honda and Nissan combined.

Mazda was the runner-up in the manufacturers championship and five Mazda teams were among the top-ten in the team championship. Freedom Autosport scored three wins (Barber, Mazda Raceway, and Lime Rock), CJ Wilson two (Austin and Watkins Glen) and I-Moto one (Kansas). In addition, Mazda racer Stevan McAleer was awarded the series Rookie-Of-The-Year.