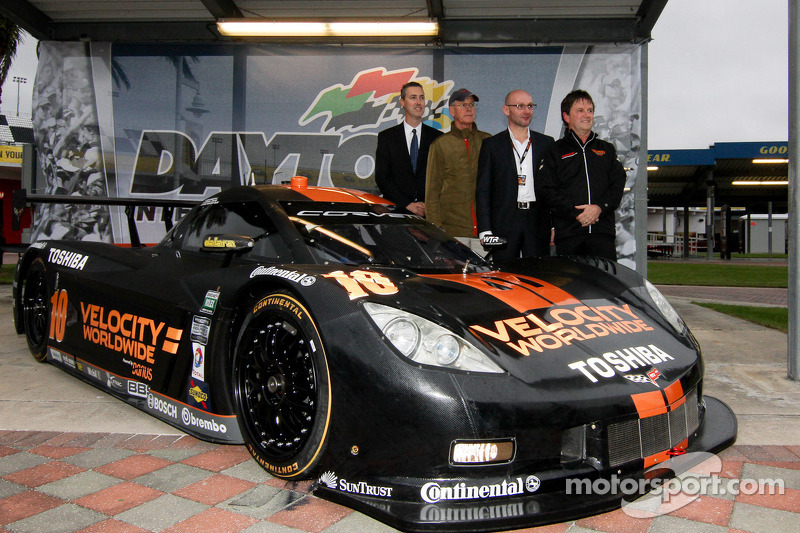 Thursday’s announcement came on the eve of the annual Roar Before the 24 test days Friday through Sunday on the 12-turn, 3.56-mile Daytona road circuit. The Rolex 24 is set for Jan. 26-27.

I look forward to once again driving for Wayne.

It will be the seventh consecutive Rolex 24 and the 16th Rolex Series event for the 32-year-old Hunter-Reay, who capped his third season driving for Andretti Autosport by winning the IndyCar championship and its $1 million prize by scoring a series-leading four race victories in 2012. He became the first American to win a unified IndyCar series title since Al Unser Jr., in 1994. Hunter-Reay is the most successful American driver currently competing in IndyCar with nine career victories – three times more than all other currently active American-born drivers combined. With six victories since the outset of 2010, Hunter-Reay was the top-finishing American in the IndyCar Series for the last three seasons and is the only driver to score victories in IndyCar, CART, Champ Car, the Rolex Series and the American Le Mans Series.

“I’ve always been a fan of Ryan’s,” said team owner, three-time sports car racing champion and two-time Rolex 24 winner Wayne Taylor. “We drove together with Max at Salt Lake City in 2006. I’ve known Ryan for years and have always thought he was a tremendously underrated driver. He proved to the world what he’s truly made of by winning the IndyCar championship last season. It’s very important for our mutual partner General Motors to have him with a top team in the Daytona 24-hour. It all came together really well and I’m very excited about having him co-drive with Max and Jordan. I think it’s going to be really good.”

Hunter-Reay’s Rolex Series win came at the 2007 season-ending 1,000-mile endurance race at Miller Motorsports Park outside Salt Lake City alongside Marc Goosens and Jim Matthews in the No. 91 Riley-Matthews Motorsports Pontiac Riley. His American Le Mans Series win came with co-driver Luis Diaz in the LMP2-class Level 5 Motorsports Lola-Honda at the 12 Hours of Sebring in 2011. 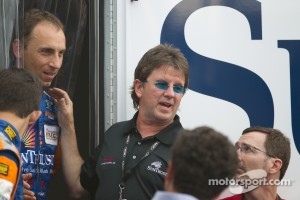 “I am very happy to be joining Wayne Taylor Racing for the 2013 Daytona 24-hour,” said Hunter-Reay, whose best Rolex 24 finish of third came in 2010 in the No. 95 NPN Racing BMW Riley co-driving with Richard Westbrook, Lucas Luhr and Scott Tucker. “I look forward to once again driving for Wayne and working with the team that catapulted my career resurgence in 2006. After winning the 2012 IndyCar championship with Team Chevy, I’m delighted to be an integral part of Chevrolet’s biggest U.S. endurance event of the year. This will be my seventh Rolex 24 and I have come close to victory in the past with a podium. But joining this team and driving a Corvette DP alongside Max Angelelli and Jordan Taylor should provide the best opportunity, yet, at competing for the overall win and getting on the top step.”