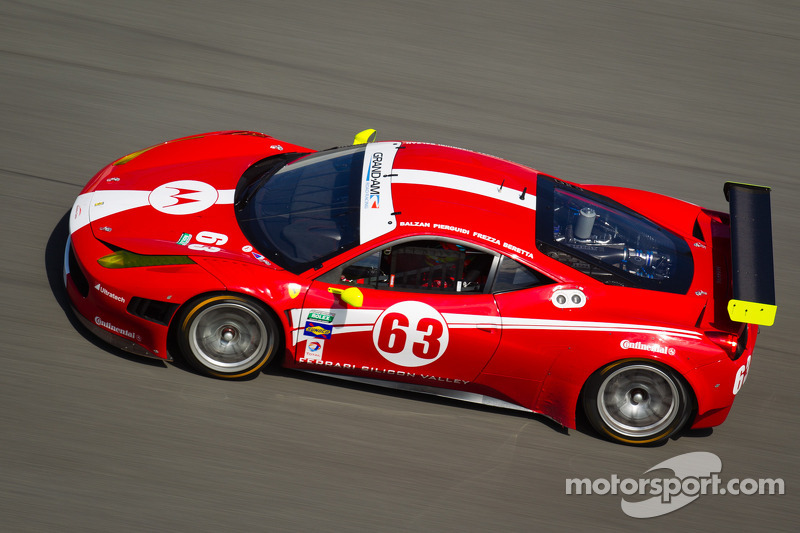 Daytona Beach, Florida – The one year old Scuderia Corsa racing team came to Daytona to prove that two Ferrari 458 Italia could challenge the decades long Daytona supremacy of the legendary 911 Porsches. And for much of the grueling 24 hour race, it seemed the #63 Ferrari was the car to beat. Having led the GT class for over 107 laps and staying in the top 8 for the entire 24 hours while finishing fourth was a significant achievement for this young team. As team principal Giacomo Mattioli said, “we were competitive throughout the afternoon and night. We had our issues but the Gods of racing must like us. We finished the race and not only that, one position better than our first effort last year. I’m very proud of our team. Just finishing the Rolex 24 At Daytona is an accomplishment.” 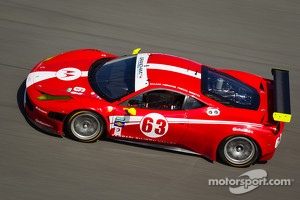 Mattioli was also counting on the skills of four extremely talented drivers - legendary GT racer and 2000 Daytona winner, Olivier Beretta and team drivers Alessandro Balzan, Alessandro Pier Guidi and Marco Frezza. Three of the drivers held the GT lead at one point during the race. But many things can happen over 24 hours, and brake pad issues and a costly one-minute penalty forced the team to recover lost ground to competitors not willing to give it. On hand was Scuderia Corsa’s other team principal, Art Zafiropoulo who added, “we had our highs and lows but this team worked their butts off and we improved on last year’s result.”

Also watching closely was Ferrari North America president, Marco Mattiacci who watched most of the 24 hour race from the pits. He said simply of Scuderia Corsa and the race he had just observed, “great team, great people, great experience.”

Staying competitive throughout the race was due in part to the reliability of the 458 Italia but also the drivers who kept the car on the track and out of trouble. Driver Marco Frezza noted “the mechanics did a great job. Working very long hours. All the stops and driver changes are hard on them. This course is fast and very different to the European tracks we are used to.” Fellow driver Alessandro Pier Guidi added, “it was like a 24 hour sprint. You need luck to win here.” 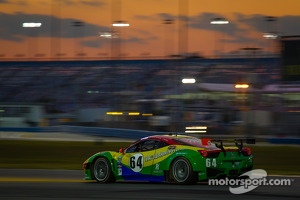 Accompanying the #63 was the #64 458 Italia, driving in association with Brazil’s Via Italia Racing Team. Led by drivers, Francisco Longo, Rafael Matos, Daniel Serra and Xandinho Negrao, they ran a strong race until a broken gearbox stopped their progress on lap 385. After two hours, and a rebuilt gearbox, the #64 was back on the track, finishing the race a respectable 24th place. Via Italia Racing principal and driver Francisco Longo said after his team’s incredible effort to finish, “this race is tough and the competition is at such a high level. But that is good racing.”