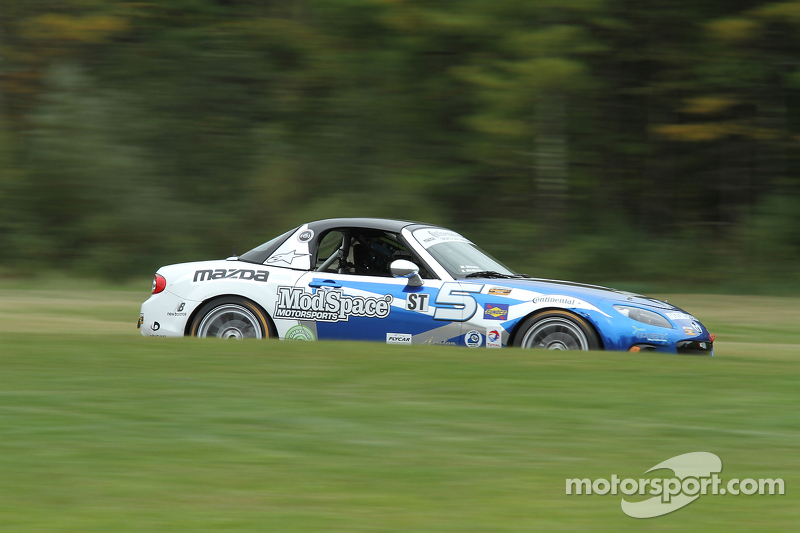 New York, NY. (Oct. 4). The 2013 Continental Tire Sports Car Challenge season concluded last weekend at Lime Rock Park and the finale was a special one for 29 year old scot Stevan McAleer. Not only did he make his GS class debut in the final event, but McAleer entered the event already clinching the 2013 Monticello Motor Club Rookie of the Year title in the previous race round.

"Marc has the whole package, which very few drivers do," said McAleer of his co-driver of the #5 Mazda MX-5. "Some are fast but can't pass. Others are great for interviews but have no personality. He's very fast, smart and has a great race craft." 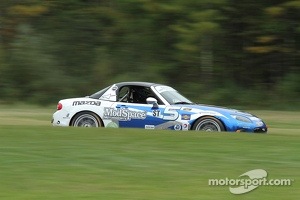 His first year in endurance racing, McAleer found himself learning a new race craft of his own. After eighteen years of sprint racing, Stevan never learned the art of conserving fuel while battling for position.

"Being told on the radio to slow down and conserve fuel is very hard to judge," said McAleer. "In sprint racing, the maximum time is 50 minute races. Endurance races adds a whole level of competition."

Growth and development came with each race, but the highlight of the young racer's season came in round two in a final lap battle against Terry Borcheller. A daring pass by Stevan on Borcheller led to the Scot's first CTSCC win. A hometown win for CJ Wilson racing, it strengthened the team's outlook for the season as McAleer pursued the Rookie of the Year title.

"I have raced with some great race car drivers this year, and even with two wins in my rookie season there is a tremendous amount of talent out there. It was an honor to stand up on the stage at the banquet and represent the team."

Freedom Autosport closes season with a win for Nunez, Miller at Lime Rock