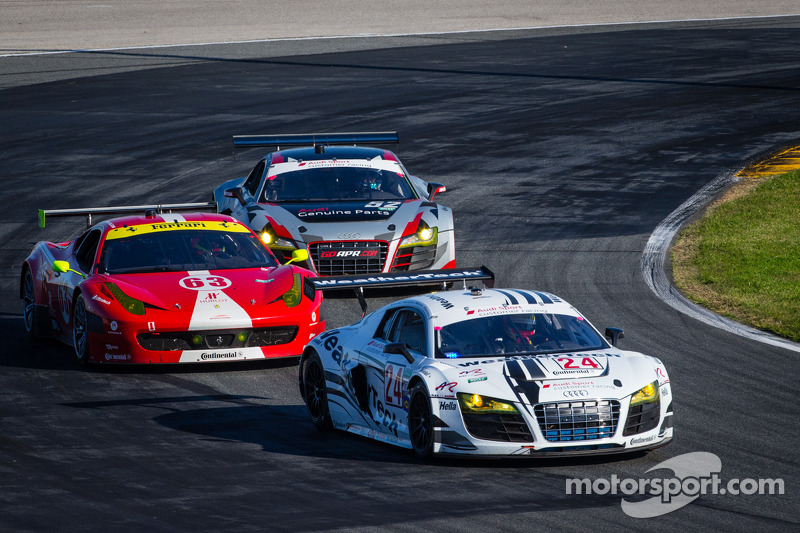 The WeatherTech Racing Audi R8 has remained at the front of the GT field and currently runs in third place at the 12 hour mark of the 51st GRAND-AM Rolex Sports Car Series Rolex 24 at Daytona. 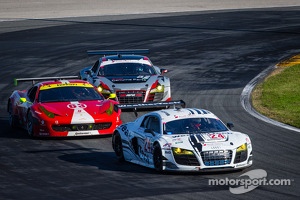 Von Moltke (Coral Gables, Fla.) took his first stint at 9:30 p.m. He managed to lead several laps, before surrendering the point to the WeatherTech Porsche.

"I was in front of Damien in the 23 car," von Moltke said. "He was able to get a tow and went by me. Then I just stuck to his back bumper. At this point in the race, it makes no sense to attack. I was conserving fuel, tires and the car. I put in good lap times. I was keeping it clean. The Audi R8 is handling great. We are double stinting tires. Our car seems to really like the night time. Let's see where we are at in the morning."

Albuquerque took the wheel from von Moltke and quickly raced back into the lead.

"The Audi R8 is much better at night than it was in the afternoon," Albuquerque said. "The car is much more stable and it is easy to push. I was really having fun out there tonight. I was a little upset, Rene (Rast) had new tires at the end and I couldn't keep pace. But in the end we are still fast. After the safety car I had some clear track and it was fun to run without traffic for a few laps here at Daytona."

Jarvis has already put in close to four DTM weekends behind the wheel of the WeatherTech R8.

"I absolutely love sports car racing in America," Jarvis said. "I must admit my last stint was a difficult one. I had a drive-thru penalty and a spin. We are still in it, on the lead lap and the car is strong. We still have a long way to go."