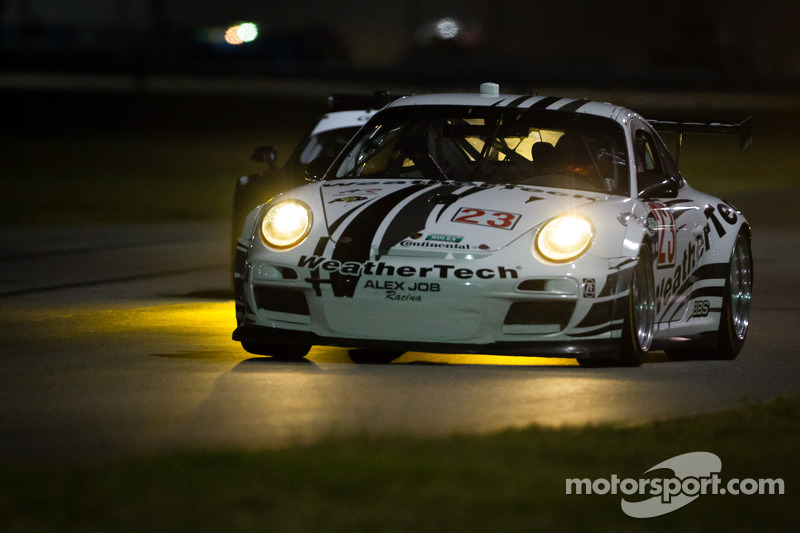 The WeatherTech Racing Porsche continues to run strong at the front of the GT field and is classified in fifth place at the half-way point of the GRAND-AM Rolex 24 Hour At Daytona. 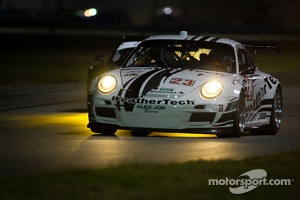 Faulkner led the first laps of the day in the No. 23 WeatherTech Porsche when he passed the team WeatherTech Audi for the GT lead at 10:40 p.m.

"I was able to get a good draft and I went by our sister Audi and took the lead," Faulkner said. "I was trying to be as clean and as fast I could. I was focused on consistency and not taking any risks. Things will happen here and there. I was really happy with my stint. David (MacNeil, founder and CEO of WeatherTech) is happy to see both of his car upfront. Cooper (David's son) is in our car, so I think he is cheering a little harder for us at the moment."

MacNeil took over the controls from Faulkner, putting in his first stint of the race.

"The car was pretty good," MacNeil said. "It had a little understeer. I adjusted it out with a bar change. I had minimal practice this week, but I got right in and put in some good laps. It is nice and cool here at night, and the car is running really good. The guys are doing good pit stops and so far we have no real problems. Everyone is driving like it is the last lap. That is how competitive GRAND-AM racing is, especially at Daytona."

At the midnight hour, the Alex Job Racing crew changed brake pads and started the driver rotation over again with Bleekemolen taking the WeatherTech Porsche into the a.m. hours.

"We were able to catch a yellow and get our lap back," Bleekemolen said. "I just wanted to stay out of trouble. When I came in I was right with the leaders. We made the decision to change the brake pads, and that put us back a little. The engine seems to be a little down on power around the banking. But, it stills handles pretty good."

Fog slows down Rolex 24 at Daytona