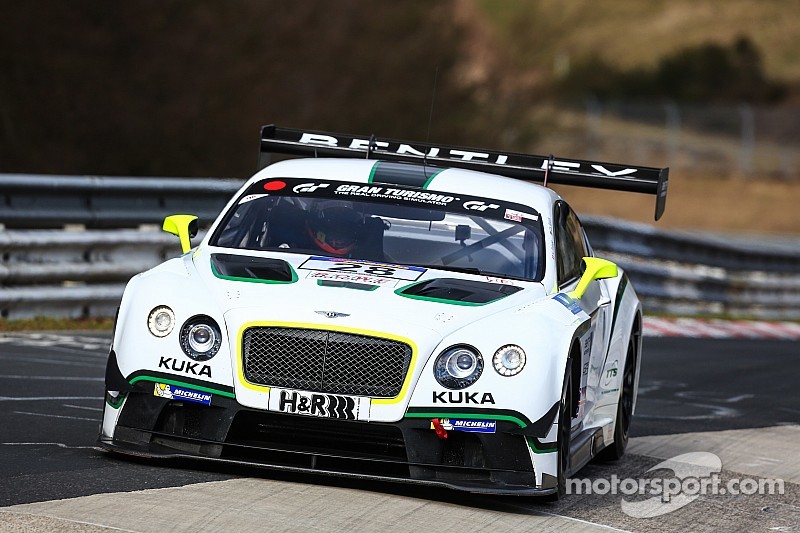 Since 2011, HTP Motorsport is a regular competitor in the premier German GT championship and campaigns two Bentley Continental GT3s. At this weekends opening round at Germany’s northernmost racetrack, the Bentley Continental GT3 will be driven by Jeroen Bleekemolen (NL)/Luca Stolz (D) and Fabian Hamprecht (D)/Clemens Schmid (A).

Oschersleben is not the only track where Bentley Team HTP will race this weekend. In a dual campaign the team also entered the second round of the VLN championship at the Nürburgring-Nordschleife in preparation of the 24 hours of the Nürburgring. At Nürburgring, the pair of Bentley Continental GT3s will be driven by Lance David Arnold (D)/Christopher Brück (D)/Guy Smith (GB) and Christian Menzel(D)/Harold Primat(CH)/Marco Seefried(D).

Bentley Team HTP travels with good memories to Oschersleben. One year ago, HTP won the season opener and two years ago, HTP drivers won Pole Positions for both rounds. "We are excited about the start of the ADAC GT Masters season and are happy to bring Bentley to the series“, Norbert Brückner, team principal of Bentley Team HTP says. "The competition in ADAC GT Masters is very tough, but we are very well prepared. So far we have been competitive, I expect no difference this weekend. It will again be a busy weekend for our team, as we also enter two cars at the Nürburgring as part of our final preparation for the 24 hours Nürburgring.”

Luca Stolz (#7): "I'm looking forward to my second season with the team and my first season with Bentley. The team has worked well in the past few weeks and the Bentley is a car, that fits my driving style. Of course, it is our first weekend with the Bentley in ADAC GT Masters and I am convinced that we will learn a lot. But nevertheless we should be in a position to sore points in both races.“

Jeroen Bleekemolen (#7): "It’s not easy for me to make a prediction on the first round, as I missed the pre season test. Basically the team already proved that it does a very good job with the car. However, Oschersleben is a track, which not particularly fits to the strength of the Bentley. But in anyway, the Continental GT3 is a very good car and I expect that we will have the chance for a good result.“

Fabian Hamprecht (#8): "The first weekend of ADAC GT Masters will be very exciting. After the winter break, it will be interesting to see where we are and what the competition is capable of. We have an excellent car, a good driver line-up and a strong team. Our goal is to score good points in both races. We must not forget that Oschersleben will be our first weekend in the series with Bentley.“

Clemens Schmid (#8): "Oschersleben will not make a easy start of the season for us, but after our hard and dedicated work in the past month, I expect us to be competitive. It would be a great achievement if we could get a result in the top 5. In general, the start of the season will be very exciting. I feel very comfortable in the car and have a very good feeling, so I’m looking quite forward to my first sprint race with the Continental GT3.“

Vettel's brother to drive a Mercedes in ADAC GT

Vettel's brother to drive a Mercedes in ADAC GT