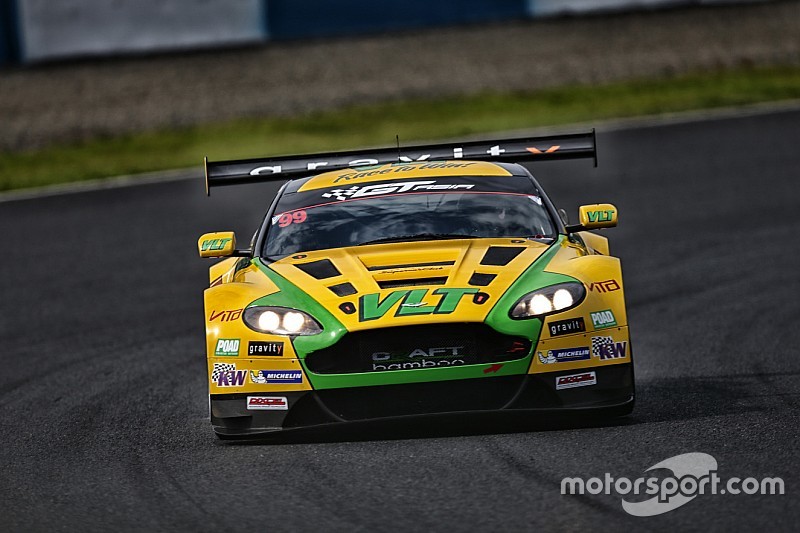 Darryl O’Young and Jonathan Venter of the #99 VLT Aston Martin were able to take the joint drivers’ championship lead.

The Craft-Bamboo Racing team has a reason to celebrate even after some mixed results at Fuji. Drivers Darryl O’Young and Jonathan Venter of the #99 VLT Aston Martin were able to take the joint drivers’ championship lead after a hard fought second place podium in race two.

The #88 Interush sister car of Richard Lyons and Frank Yu had a run of bad luck this weekend, suffering contact at the start of both races which prevented them from being able to challenge for any podium positions.

This was made more frustrating by their excellent qualifying performance that saw them start race one in P3. Venter achieved another brilliant qualifying lap that saw the #99 car take pole position for race two and was instrumental in helping them secure the joint lead in the GT Asia drivers’ championship.

Driver quotes after Races 1 and 2

Richard Lyons - #88 Interush Aston Martin: “A very disappointing weekend, it was me in race one and now Frank has been hit in race two. Again, we tried our best and worked as hard as possible but it wasn’t enough.”

Frank Yu - #88 Interush Aston Martin: “A really unlucky weekend for us with contact but we must now look ahead to the next round in Malaysia, as the double points are going to be really important for us.”

Darryl O’Young - #99 VLT Aston Martin: “I am very pleased with Craft-Bamboo Racing, they did a great job this weekend. Our goal was to take the championship lead this weekend and we achieved that by moving up from third place, we made a lot of progress and it was a great weekend. As we reach the midpoint in the season to be tied in the championship leader-board is a great recovery, so I am very pleased for VLT and Craft-Bamboo Racing.”

Jonathan Venter- #99 VLT Aston Martin: “Really impressed with everything today, Darryl put in a great drive, the car showed really good pace and I had some good battles with the Bentley. To be joint-leading the teams’ championship at this stage in the competition is fantastic and I am really looking forward to the next round.”

Can a cheerleader become a GT star?