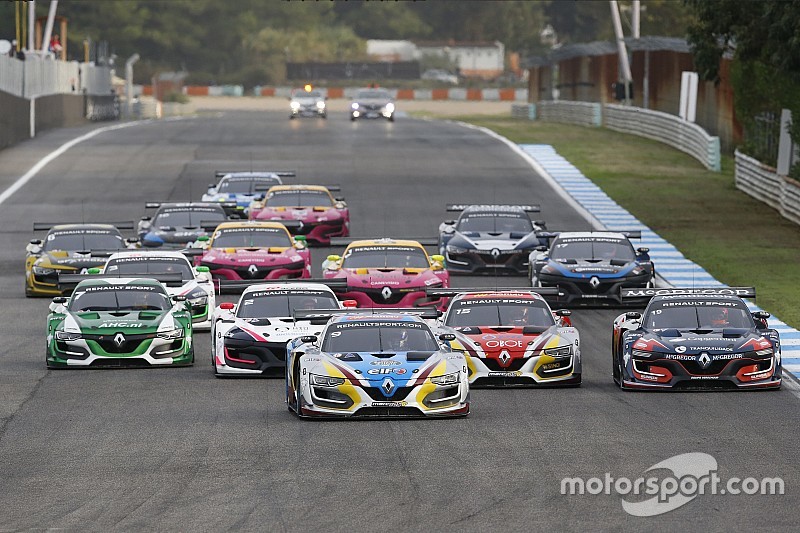 The #9 Marc VDS crew of Markus Palttala and Fabian Schiller have been crowned Renault Sport Trophy Endurance champions after finishing second in the final round of the season at Estoril.

The #19 Equipe Verschuur car in the hands of Steijn Schothorst led the first half of the race but the #9 Marc VDS entry claimed the lead following the mid-race driver swaps.

The two cars traded positions again when Schiller ran wide on lap 30, allowing Schothorst's replacement Miguel Ramos to get ahead and take the win.

However, second place was enough for Palttala and Schiller to clinch the Endurance title by five points from R-Ace GP’s Fredrik Blomstedt, whose teammate Raoul Owens retired early in the race.

Behind, Tanart Sathienthirakul and Fran Rueda finished third to give Marc VDS the Teams’ Championship crown.

Steijn Schothorst also emerged victorious in Sunday’s Pro race, the Dutch driver winning by a mammoth margin of 15 seconds from Kevin Korjus, and a further 24 seconds from David Fumanelli.

Pieter Schothorst, brother of Steijn, accumulated enough points in the Endurance race to secure first place in the standings.

He then completed his campaign by taking fourth in the Pro race.

In the Amateur race, Schiller, who had already clinched the title in the previous round, capped off the season in style by winning from pole position.

The German made brief contact with the wall on lap 8, but was able to continue to take his fourth sprint win of the season.

Rueda finished second in the sister Marc VDS entry, while V8 Racing’s Jelle Beelen was promoted to third after Blomstedt was disqualified for insufficient ballast on his car.