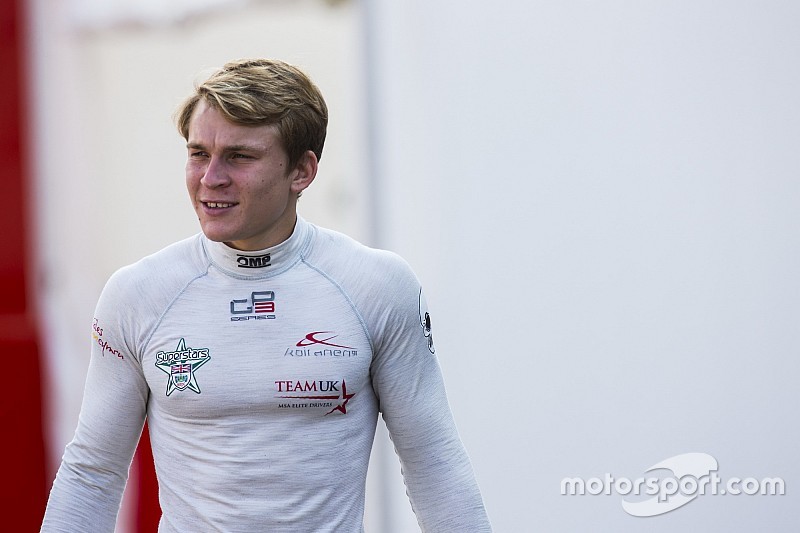 British racer Matt Parry has decided to make a switch to GT racing in 2017 after spending six years racing in single-seaters.

The 23-year-old has spent the last two years competing in GP3 with Finnish squad Koiranen GP, and took his maiden win of the series in Hungary’s feature race in 2016.

Prior to that, the Cardiff-born driver raced in British Formula Ford and Formula Renault 2.0, having taken the NEC title in 2013 with Fortec. He also won the InterSteps Championship in 2012 with the same team.

At the end of 2016, Parry took part in the FIA WEC rookie test with Aston Martin's GT outfit, an early sign of him quitting single-seaters.

But now Parry confirmed his switch to GTs, with Blancpain as his likely destination.

“[Blancpain] is not confirmed yet, but I can say I will definitely be racing GT this year,” Parry told Motorsport.com.

“I tested with few teams [in the winter]. We took that decision fairly early on in 2016, that the GT route was probably the way for us to move forward.

“We have a great team behind us, they are helping me to make that transition over. We got some great tests to prove my worth, and I thought we did a really good job in all of the tests we were able to do.

“I have some really good options for this year, and soon we'll be in a position to announce what it's going to be in terms of which team. But GTs is where we are going."

Along with his GT commitments, Parry will also take on a coaching role for Arden's crop of Formula Renault 2.0 drivers, which include Red Bull junior Dan Ticktum.

Parry also emphasised the wealth of opportunities available in GT racing, with a wide range of manufacturers currently involved in the discipline - which he also believes is a more enjoyable environment than single-seaters.

"You've got Nissan, Audi, Mercedes, Lamborghini, and BMW," said Parry. "These companies are huge manufacturers, so it’s just that you've got to be completely rounded as a driver.

“But there’s a great future out there, a great future to get paid as a racing driver, which is our goal and I see my future pretty bright if I do a good enough job.

“I actually really enjoy the environment in the GT world. It feels a lot more social than the single-seater world, which is quite harsh. In GTs you have a bigger team of drivers, so you form relationships much more [easily]."

The 2013 McLaren BRDC Autosport Award winner added he is also aiming to compete in some 24 hour races, especially Le Mans, in order to bolster his GT credentials.

Former F1 junior Barnicoat back with McLaren in GT role