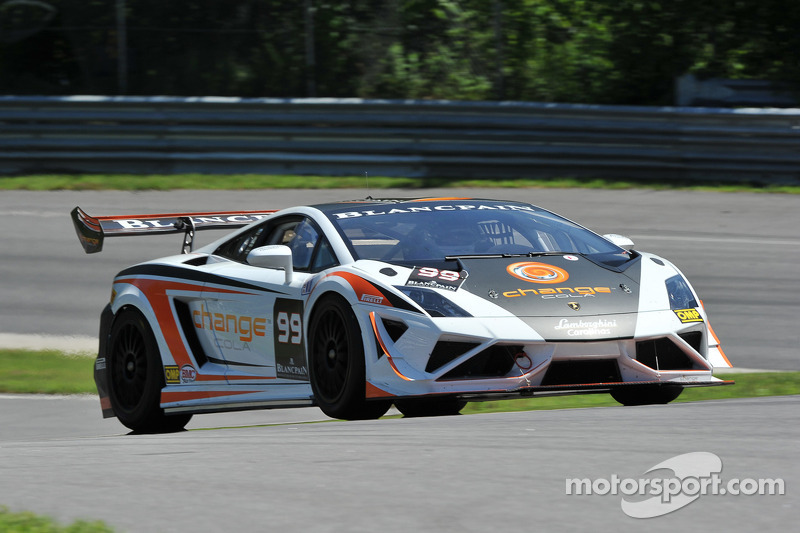 The weekend featured two 1-hour practice sessions on Thursday, followed by qualifying and the first ever race on North America soil on Friday, culminating with a second race prior to the AMLS North East Grand Prix on Saturday, providing drivers just under 5 hours of track time.

Away from the track, the Lamborghini Lounge provided a spectacular venue of first class hospitality for Lamborghini customers from across the North East. Some even made the pilgrimage to Lime Rock Park from as far as Laguna Beach to network with Drivers, Teams, Dealers, Lamborghini Management and other like-minded enthusiasts. One such fan included Hollywood actor and motorsports enthusiast, Dax Shepard, added his own unique touch of stardust to the weekend action, while proving his racing credentials with a brilliant podium finish on Saturday. 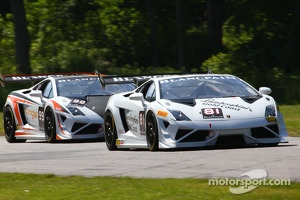 Dax commented, “What in the world is cooler than racing Lamborghinis? The cars look amazing and are incredible to drive. But it’s about more than the competing. It’s about becoming part of the Lamborghini family. The people are so welcoming, and the hospitality is the best I’ve experienced at a race - a great weekend.”

Automobili Lamborghini America Marketing General Manager, Jason Chinnock added, “This race weekend provided us with the perfect platform to launch the Super Trofeo Series in North America. We were able to provide Lamborghini customers, partners, dealers and fans with an extraordinary experience. Whether racing, spectating, meeting up with friends or other owners, we welcome all to future events.”

Following Lime Rock, the Lamborghini Blancpain Super Trofeo series moves on to Kansas Motor Speedway on the 17/18 August. There is still limited availability for the next round, where more of the same breathtaking racing and welcoming hospitality will be on display.

The Lamborghini Blancpain Super Trofeo North American series will feature five races run in partnership with North America’s most established racing promoters including GRAND-AM, ALMS, IMSA and IndyCar and at some of the most prestigious circuits in the US and Canada.

The remaining events on the racing calendar for this season
Kansas Speedway with GRAND-AM on 17/18 August
Calabogie, Canada with IMSA on 07/08 September
Virginia International Raceway with AMLS on 05/06 October
Fontana, California on 18/19 October
Vallelunga (ITA) on 23/24 November (Lamborghini Super Trofeo World Final)

Vallelunga
The series provides the opportunity for top placed teams and drivers to contest a World Series featuring leading drivers from the European and Asian series in Rome, Italy in November.