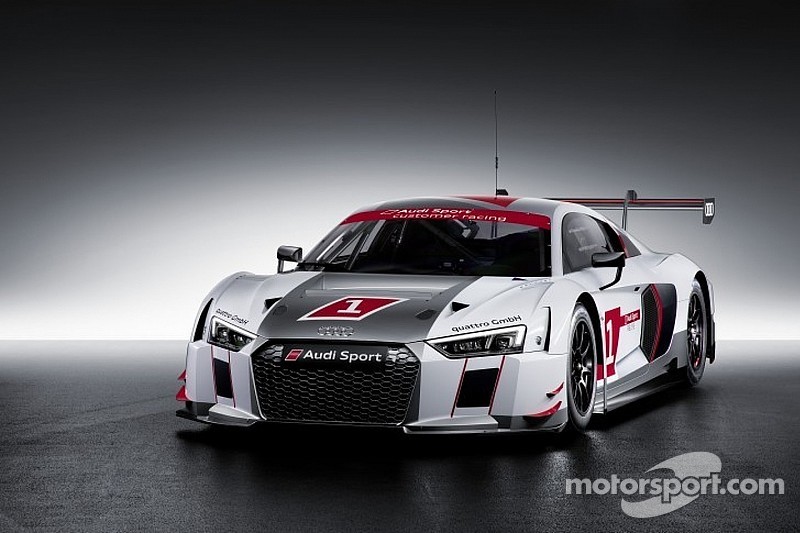 The car has been testing since the spring of 2014. It will make its debut in the Nurburgring 24 Hours in May before tackling the Spa 24 Hours at the end of July.

The first customer orders are set to be taken at this summer with delivery expected by the end of 2015.

Audi states that the new design is lighter, stronger and more aerodynamically efficient than its predecessor, which won multiple races and titles and sold 130 units worldwide.

A conceptually integrated rear diffuser, which allows the rear wing to be reduced without a corresponding increase of aerodynamic drag.

In order to improve the race drivers' ability to concentrate on their tasks, fresh air circulation in the cockpit has been improved on the new R8. At a speed of 200 km/h, the airflow rate is 250 liters per second. Audi has achieved these improvements despite the significantly higher constraints imposed on aerodynamics design by the 2016 regulations.

Another innovation on the new R8 is the Audi Protection Seat PS 1 which has been setting seating technology standards in the LMP class for many years. Connected to the chassis for increased stiffness it has a quickly adjustable foot lever system and a height and length adjustable safety steering column allows versatile adjustment to the various drivers.

The base weight of the race car has been reduced from 1,250 to 1,225 kilograms. The chassis is approximately 30 kilograms lighter – now weighing 252 kilograms. The torsional stiffness of the stressed frame has increased by 39%.

The suspensions now use wishbones strictly designed for racing for the first time and the six-speed transmission with paddle shifters is a completely new development as well.

It is significantly lighter than its predecessor while its efficiency has increased because the previous drop gear system has been eliminated. The new MS 6.4 electronics include engine electronics, traction control and software for the electro-hydraulic gearshift.

The new car is expected to continue an aggressive series of tests in March and April.